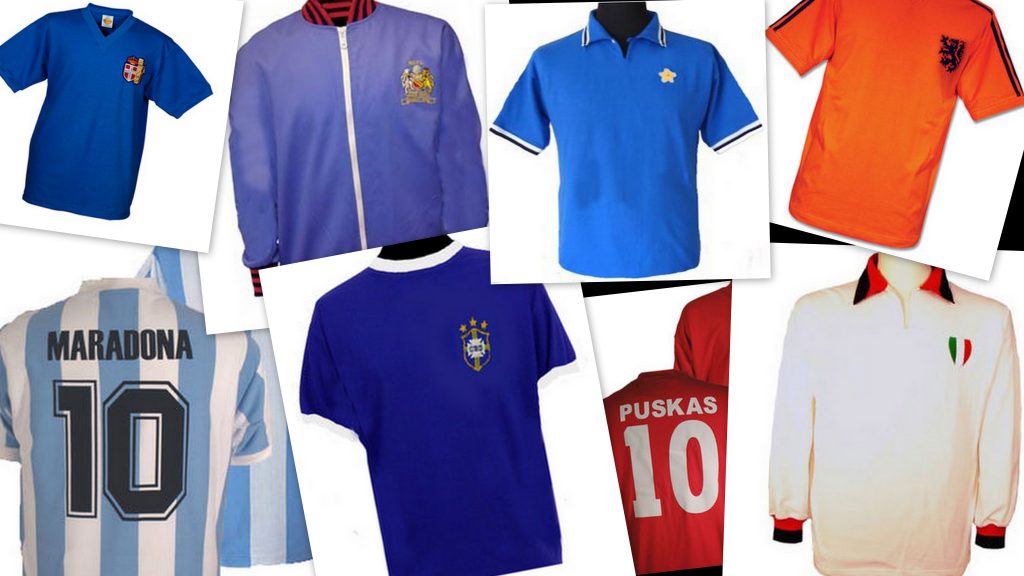 Throughout history, people have been kicking a ball but the earliest scientific evidence suggest that it was an exercise from a military manual in the second and third BC in China – it was called Cuju. Modern football took years in the making after the Chinese forgot about cuju.

In 1872, the first ever international football game took place when England faced Scotland. I don’t know if that was a great match or not but since then, there have been many teams, players and matches that have redefined football history.

From 1930, when the first World Cup took place in Uruguay, to Spain lifting the trophy in 2010, a lot has happened. Many heroes emerged and took center stage as fans sat in awe of them and cheered them on.

To commemorate all that is now past, here are some of the classic football kits from the retro section of the Soccerlens Store.

A thrilling 3-2 victory over West Germany in the extra time of the final marked the end of a tournament that was completely dominated by Diego Maradona. It was Argentina’s 2nd title.

The blue and white striped Argentina shirt comes with the name and number of Maradona printed on the back of the shirt. 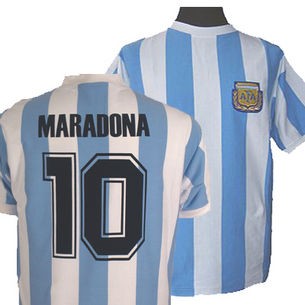 The significance of this triumph for Juventus fans is the fact that this is the only triumph for an Italian side in an official European tournament without foreigner players in its first team squad.

It was a two-legged final against Athletic Bilbao and Marco Tardelli had given Juve a slender 1-0 lead in the home leg. Juve traveled to Spain and striker Roberto Bettega doubled the lead. Bilbao won the game 2-1 after Jose Churruca and Carlos Ruiz scored but Juventus won the title on away goals.

Juve wore this blue away shirt in the second leg of the final: 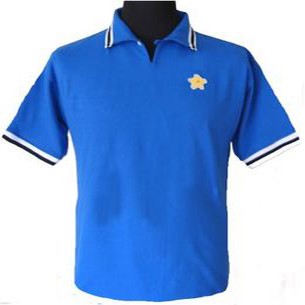 A lot can be said about Johan Cruyff, he has almost single-handedly revolutionized modern football with the help of the Catalan giants Barcelona – both as a player and a coach.

The first Dutch international to receive a red card, Cruyff, was unlucky to have collected the runners up medal in 1974 and 1978. However, he was the chosen the best player in the 1974 World Cup.

His managerial expertise indirectly resulted in Spaniards winning the Euro 2008 and the World Cup 2010. 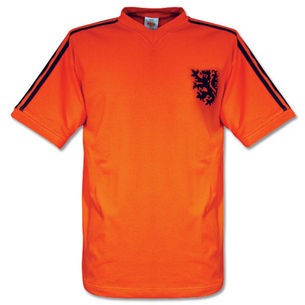 1970 also marked the end of the Pele era, and this three star away jersey from 1971 is how he left Brazil. It took Brazil 24 years to win another World Cup. 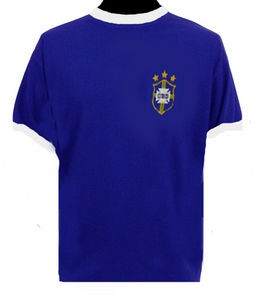 The 1969 FA Cup was the last major English trophy that Manchester City had won until their recent 2011 triumph. The ’69 final was played between Man City and Leicester City at the Wembley Stadium.

Neil Young scored the only goal of the game as the cup win earned them the right to compete in the 1969-70 European Cup Winners’ Cup – which City went on to win as well.

Here is the track-top that was worn by the players after they have won the FA Cup: 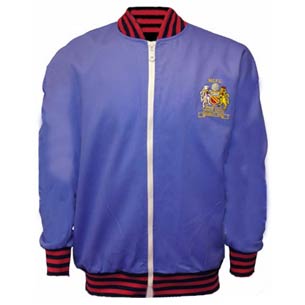 Wembley stadium witnessed AC Milan and Benfica go head-to-head for the 1963 European Cup final. Two goals from Jose Altafini in the second half over-turned the first half strike of the legendary Portugal midfielder Eusebio and Milan clinched the their first European Cup title.

This is the white shirt Milan wore in the final that day: 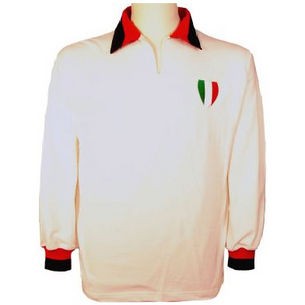 Hungary was in top form prior to the 1954 World Cup, winning everything that came their way. They were unbeaten in 32 games. They became the first non-UK team to beat England at Wembley – they thrashed them 6-3 and then later 7-1 in Budapest.

In the group stage, Hungary violently defeated West Germany 8-3 and now the Germans were their last hurdle. Ferenc Puskas and Zoltan Czibor gave them a two goal cushion but they failed to capitalize on that. The efficient Germans won the final 3-2 (Max Morlock and Helmut Rahn were the goal-scorers).

Here is the number 10 jersey that Puskas wore in the final: 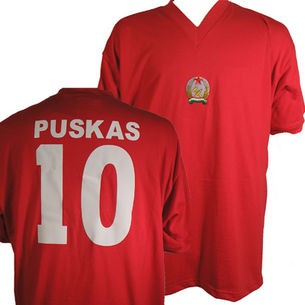 Rated by many as the greatest all-round footballer ever to come from Wales, he was equally adept at center forward or center back. In the peak of his career, he plied his trade at Leeds United and Juventus. He made a return to Leeds at the age of 31 but was soon sent back to Italy as he joined Roma for a season.

Towards the end of his career, he could be seen at Cardiff City and as a player-manager at Hereford United and Merthyr Tydfil.

To commemorate this great all-rounder of football, here’s a shirt from one of Leeds’ dressing rooms of the 1950s (not literally): 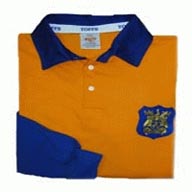 Inter Milan legend Giuseppe Meazza played both the World Cups and he played instrumental parts in their triumphs. 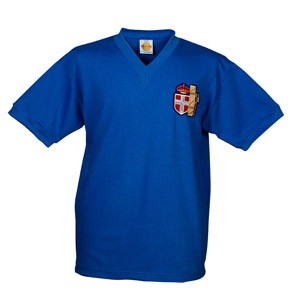 Uruguay hosted the inaugural FIFA World Cup in 1930. Uruguay faced Argentina in the final which was a repeat of the match-up in the 1928 Olympic final – which Uruguay had won 2-1. The final was won with the same ratio of goals but the scoreline was 4-2.

93,000 fans watched the final where different balls were used in each half but those are just details. This is the shirt Uruguay wore in the first-ever FIFA World Cup final: 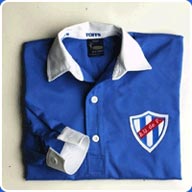