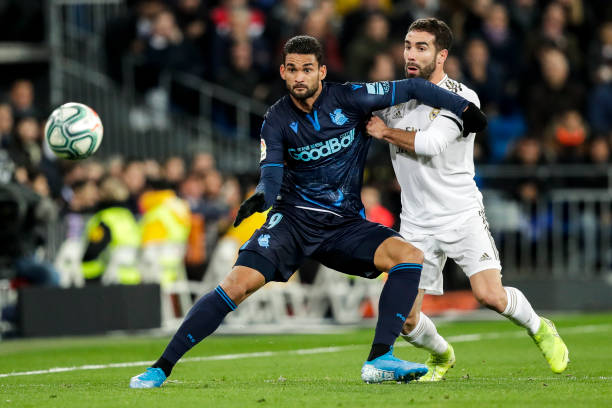 According to AS, Tottenham Hotspur boss Jose Mourinho has chosen Real Sociedad striker Willian Jose as the man to replace the injured Harry Kane, and he is set to travel to London to seal a move.

The Spanish outlet claims the Brazilian will travel to London on Wednesday evening or early Thursday morning, and that everything is in place for him to sign with Spurs.

Kane is out till April, and Mourinho knows he has to land another quality finisher to boost his side’s chances of finishing in the top-four.

The 28-year-old has a £60 million release clause, but Tottenham won’t be paying it if both parties agree to a deal.

The Brazilian moved to Europe from Santos in 2013, linking up with Real Madrid B.

He made just one appearance for the Madrid senior team before joining Zaragoza and then Las Palmas, scoring 20 goals in 72 appearances for both teams.

At 6ft 2in, Willian Jose could be the perfect target man for Mourinho’s Spurs, and his brilliant hold-up play and strength should see him excel in the Premier League.