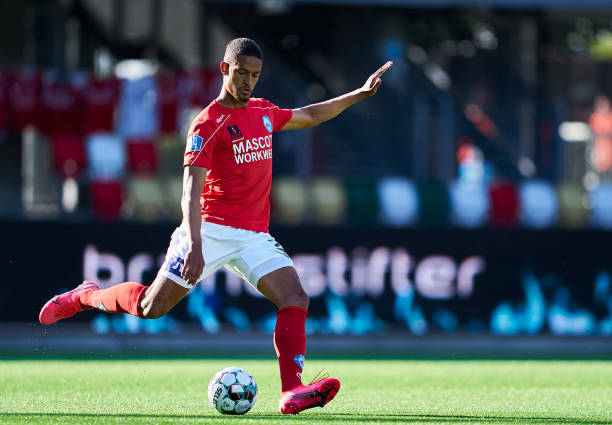 According to Sky Sports’ Anthony Joseph, West Ham United are set to sign Silkeborg IF defender Frederik Alves Ibsen for £1.2 million when the winter transfer window opens next month.

West Ham are set to sign Silkeborg IF defender Frederik Alves Ibsen for £1.2m next month.

The fee was agreed in October & @SkySportsNews understands he was in London last month to finalise personal terms.

The clubs are waiting on a UK work permit, before he moves in January.

Both sides agreed to the fee in October, and the player was in London last month to finalise personal terms ahead of his move.

West Ham and the Danish Superliga club are now waiting on a UK work permit, before Alves moves in January, and it doesn’t appear that should be a problem.

The Hammers have impressed in their opening 10 Premier League games of 2020-21, winning five and drawing twice having already faced the likes of Tottenham Hotspur, Manchester City, Wolverhampton Wanderers, Leicester City and Liverpool.

David Moyes’ men are currently fifth in the table and he is looking to strengthen his squad for the second half of the campaign after an outstanding start.

The Danish under-21 centre-back has been a key part of Silkeborg since making his debut in 2018 and helping them to promotion at the end of that campaign.

Alves has played 46 games for them, and it appears he has played his last after the club announced early last month that they had sold him to an unnamed club.

That club is believed to be West Ham, but it remains to be seen whether the defender will be walking straight into the senior team or initially linking up with the under-23s.

Moyes knows that the Hammers have a tight budget and he has primarily focused on unearthing hidden gems that don’t cost an arm and a leg.

He has signed Tomas Soucek, Vladimir Coufal, Jarrod Bowen and Said Benrahma since returning to the London Stadium a year ago, and those deals have proven to be excellent pieces of business for West Ham.

Adding Alves to the team could also turn out to be a smart piece of business despite the fact that little is known about the youngster, and it will be interesting to see what happens next month.