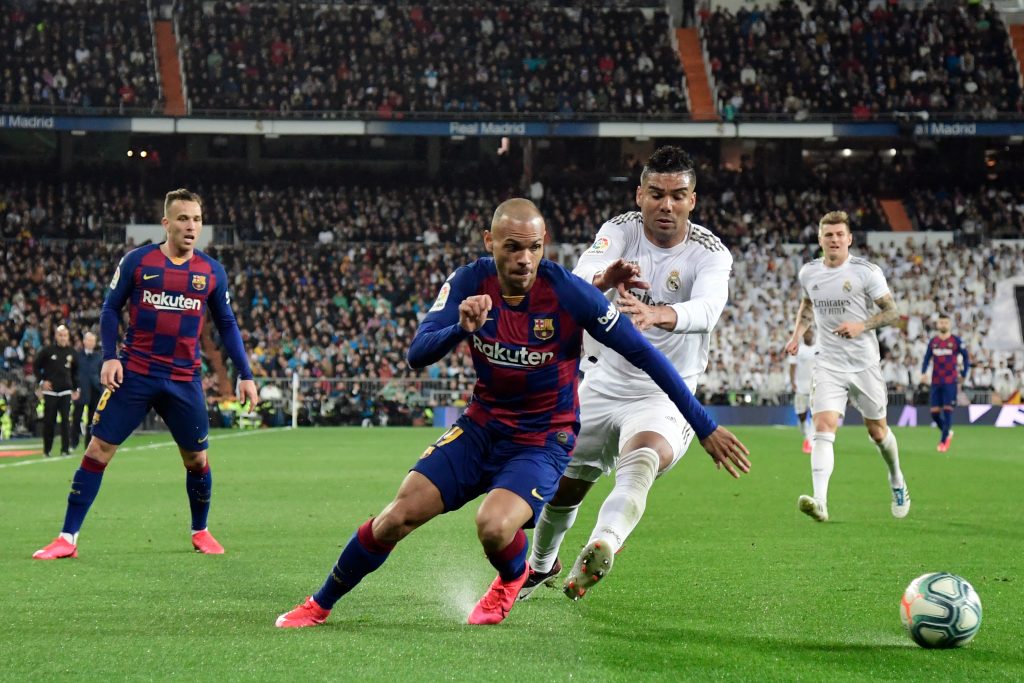 According to Sport, West Ham United are still interested in Barcelona striker Martin Braithwaite, but the club won’t sell him below the £16 million they paid Leganes for his signature in February.

The Denmark international was signed on an emergency basis after the January transfer window closed, with long-term injuries to Luis Suarez and Ousmane Dembele allowing Barcelona the chance to make the move.

Nevertheless, Braithwaite’s agents were already looking at the possible options for a summer move prior to the coronavirus pandemic, as the Spanish club signed him because of his versatility and good sell-on value should they choose to move him on in the future.

The Hammers wanted the Danish striker back in 2017 when he was with Ligue 1 outfit Toulouse, and given their need for attacking reinforcements, it appears he is still very much on their radar.

Survival remains key for West Ham when Premier League action resumes, and it will be interesting to see if they can retain their top-flight status once the remaining nine games are played.

While Barcelona won’t hesitate to let Braithwaite go, the 28-year-old is already winning the fans, players and manager Quique Setien over with his work rate and desire, and it remains to be seen if West Ham will have a chance this summer.