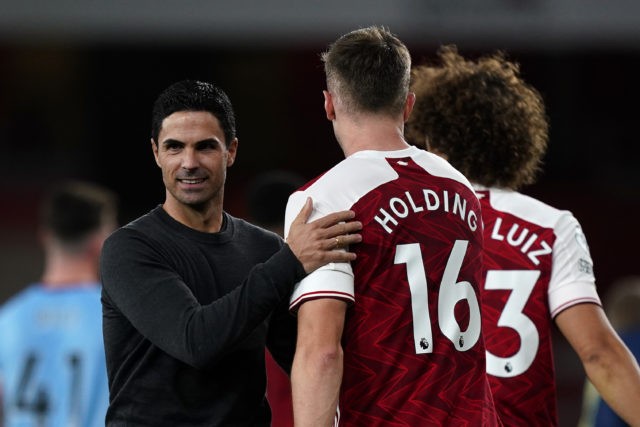 According to reports from The Sun (printed edition, 20/09/20 – page 56), the Hammers have now joined Newcastle United in the race to sign Holding from Arsenal.

David Moyes is looking to sign a quality central defender this summer. The Hammers have made three attempts to sign James Tarkowski from Burnley, but the Clarets are refusing to sell him for less than £50m.

It seems, Moyes has now turned his attention elsewhere and has earmarked Holding as a potential option for that role.

Newcastle United were very close to signing Holding this summer.

The report claims that the Magpies wanted to sign him on loan, and they even found a home for the centre-half to stay before the club pulled the plug.

The Magpies are still hoping that Mikel Arteta will make a second U-turn, and allow the defender to join them.

Earlier this year, Arteta was full of praise for Holding, when he claimed that the 24-year-old would be a ‘very valuable’ player for the Gunners.

Meanwhile, Arsenal have made a strong start to the season, winning both of their opening games. They defeated London rivals West Ham 2-1 on Saturday.