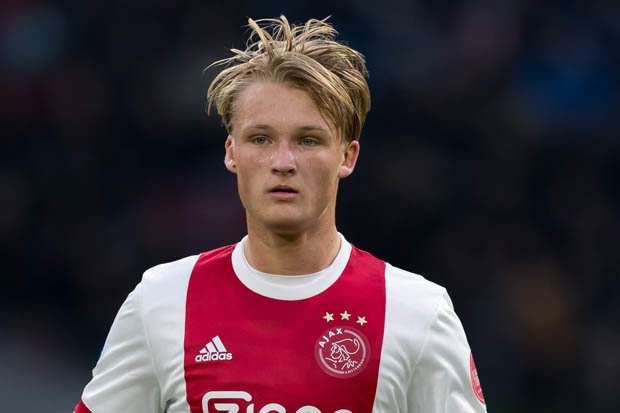 According to reports from Calciomercato, Premier League clubs – West Ham and Southampton – are interested in signing the highly rated Ajax striker Kasper Dolberg.

The 21-year-old Ajax striker has established himself as one of Europe’s most promising strikers, and he has been in good form this term as well.

During the 2016/17 campaign, Dolberg scored 23 goals in all competitions with Peter Bosz’s side. He missed much of last season through injury, but has now returned to his old form.

The 10-cap Denmark international has scored nine goals in 11 Eredivisie starts for Ajax this season, and reports from Italy suggest that both the Hammers and the Saints are looking to bring him to the Premier League.

Manuel Pellegrini and Ralph Hasenhuttl will both be looking to bolster their attacking ranks in the summer, and Dolberg, being a natural finisher, would be a cracking signing for either of the clubs.

Dolberg is known for his ice-cool finishing and fantastic technique. He has a contract at the club till 2022, and therefore won’t be available for a cheap price tag.