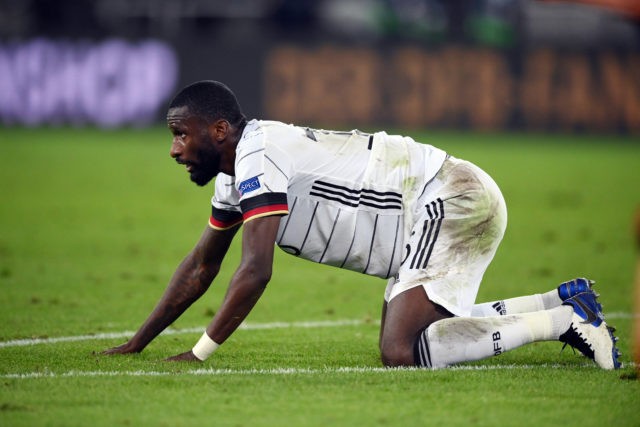 Tottenham Hotspur have received a massive boost in the race to sign Chelsea defender Antonio Rudiger.

According to reports from ESPN, Chelsea are willing to let Rudiger leave the club before Monday’s transfer deadline.

The report claims that the Blues would prefer to sell him to an overseas club amid interest from Tottenham.

French giants Paris Saint-Germain have shown interest in signing Rudiger, while the likes of Roma and Barcelona are also keen.

Tottenham have not made a formal approach as yet but they are monitoring the situation. Spurs are keen to sign Milan Skriniar, and in case no agreement is reached with Inter Milan, they would move for Rudiger.

However, Rudiger, who is on £150k-per-week wages at Chelsea, wants to stay in the Premier League, and ideally, he would like to join a London club. This gives Tottenham an upper hand in the chase to sign him.

Whether Chelsea would sanction the move still remains to be seen given the club’s reluctance to strengthen a direct rival for the Premier League’s top four.

Although Frank Lampard is not actively forcing him out of the club, Chelsea need to trim their squad and recoup some of the £220 million outlay on seven summer signings.