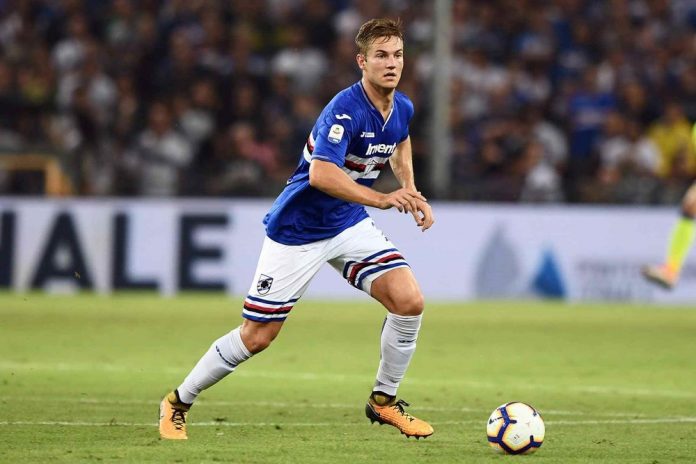 According to reports from Tutto Mercato Web, Tottenham Hotspur are interested in signing Joachim Andersen from Sampdoria in the summer transfer window.

The Italian media publication claims that Spurs are not the only club interested in signing the highly-rated defender, with north London rivals Arsenal equally keen.

Serie A giants AC Milan and AS Roma and French outfit Lyon are also in the hunt for his signature.

However, Spurs have shown genuine interest in signing the central defender, and are willing to pay €35m (£31m) for him.

The report claims that the player has already bid farewell to Sampdoria.

The north Londoners are looking to bolster their defence in the summer, and Anderson would be a good signing for the club.

Belgian duo – Toby Alderweireld and Jan Vertonghen – have just a year left on their contracts and Spurs could be tempted to offload them if the right offer comes in.

He is a very good promising defender and the young Dane will add quality and depth to Mauricio Pochettino’s side at the back.

Last season, he made 32 Serie A appearances and provided one assist for Sampdoria.

Spurs have Davinson Sanchez and Juan Foyth as their other two established centre-backs, and it remains to be seen whether they dish out a big money fee to sign Anderson this summer.