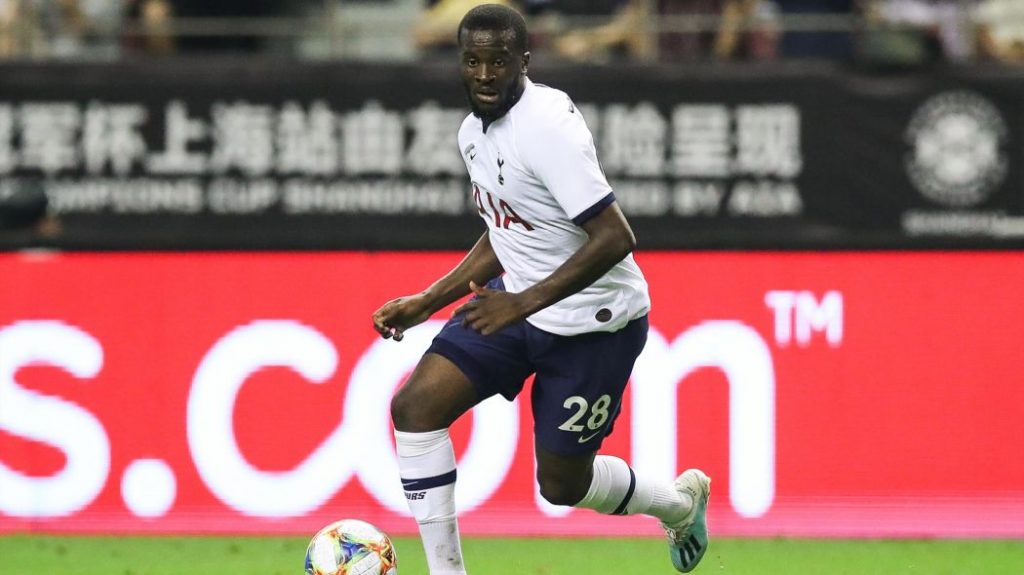 According to The Athletic, Tottenham Hotspur midfielder Tanguy Ndombele dreams of moving to Paris Saint-Germain at some stage in his career, but that isn’t expected to happen this summer despite reports linking him with an exit.

Spurs have no intention of selling the France international after just a season at North London as there is a desire for the player to make good on their substantial investment.

Tottenham signed Ndombele from Lyon last summer for a club-record £65 million on a £200,000 weekly wages, but he has struggled to impress due to a lack of form and fitness, playing a full game just thrice.

Boss Jose Mourinho has publicly criticized the Frenchman, but he is hoping he turns out good when action resumes and has attempted to repair the relationship between them during the lockdown.

The Portuguese is aware of Ndombele’s huge potential and wants him to play a major role in his starting XI next season and going forward.

Barcelona have also been linked with the 23-year-old, and while a return to more familiar surroundings could be more tempting, PSG will have to pay Spurs £65 million or more to have a chance of landing him this summer.

The coronavirus pandemic has hit clubs’ finances, and it remains to be seen if any club will be willing to splash that much on a midfielder anytime soon.