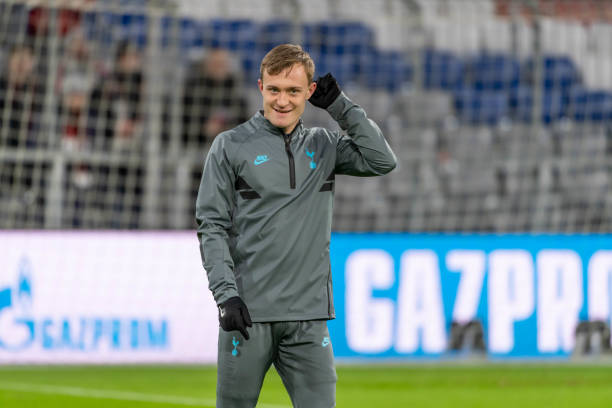 Tottenham Hotspur visit Sheffield United tomorrow and will need to pick up all three points to boost their chances of playing Champions League football next term.

Spurs are seven points off the top-five with a game in hand, and a win against the Blades will be huge.

Jose Mourinho’s side will be playing their remaining seven games of the campaign within the space of 24 days, and the Portuguese will certainly need to make frequent changes to his starting XI to keep everyone relatively fresh.

Serge Aurier is the only fit right-back available for Tottenham with both Japhet Tanganga and Juan Foyth out injured and not likely to return before the end of the campaign.

However, Mourinho has come up with a brilliant plan that has provided Spurs with four other options in the position.

The Portuguese has revealed that he has been working with midfield duo Oliver Skipp and Gedson Fernandes in the position in training, and has admitted that Toby Alderweireld and Moussa Sissoko can also be deployed there.

Asked Jose Mourinho what he plans to do at right-back with so many games and just Serge Aurier fit in the role. He said it's a problem but that he's been working with Oliver Skipp and Gedson in the position during training and that Alderweireld and Sissoko can also play there.

Jose Mourinho on injuries: "Full squad, just Japhet Tanganga and Juan Foyth which we think will take until the end of the season."

They host Arsenal and Leicester City in their last home games and will face
Newcastle United and Crystal Palace away from home.

Aurier isn’t expected to play every of those games, and Mourinho appears to have it all sorted out as far as right-back covers go for the rest of the campaign.