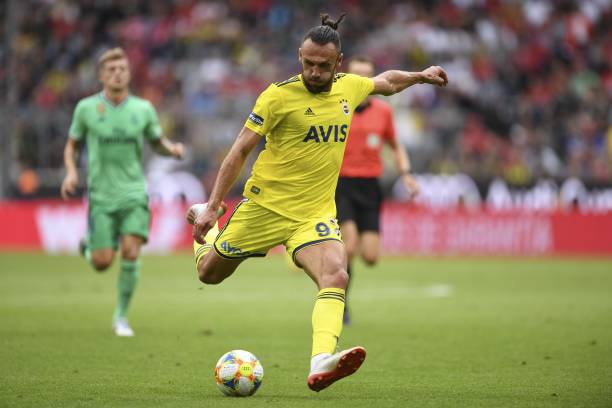 According to Turkish outlet Sabah, Tottenham Hotspur sent scouts to watch Fenerbahce striker Vedat Muriqi in action for Kosovo during his country’s 2-1 Euros 2020 qualifying victory over the Czech Republic on Saturday.

The likes of Napoli, Fiorentina and Lazio also had representatives in attendance, and they would have been pleased with his overall performance which included a goal.

Spurs need a new striker after Fernando Llorente left as a free agent at the end of the season, and they appear to have found a perfect replacement in Muriqi.

The 25-year-old, who stands at 6ft 4in, joined Fenerbahce from Caykur Rizespor during the summer transfer window for £3 million after bagging 17 goals in 36 games last term and has already hit the ground running for the Super Lig giants, scoring twice in the opening three games of the season.

Tottenham boss Mauricio Pochettino loved to go direct anytime Llorente was on the pitch, and can always do so with a striker with a similar aerial threat like Muriqi.

Kosovo play England later tonight, and Spurs will have the opportunity to watch him closely again.

Should he impress and continue to do so as the season goes on, it won’t come as a surprise should the North Londoners decide to go after his signature in January.