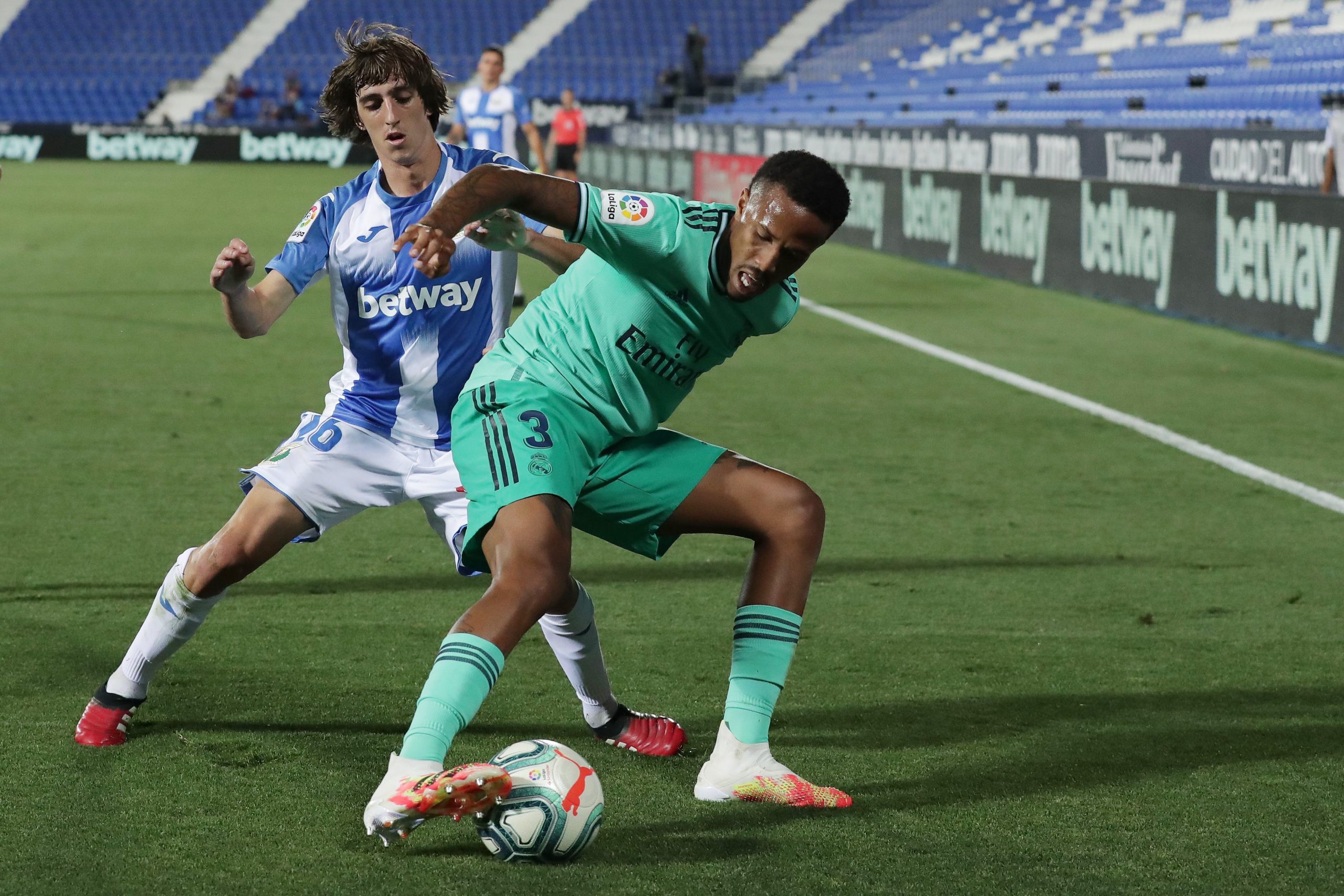 According to AS, Tottenham Hotspur head coach Jose Mourinho is keen on bringing Real Madrid defender Eder Militao to North London before the end of the January transfer window.

Spurs were interested in signing the Brazilian during the summer, but a move didn’t work out.

They are now willing to try again as Mourinho looks to bolster his options at the back for a crucial and busy second half of 2020-21.

Militao is out of favour at the Santiago Bernabeu and has played just three times across La Liga and Champions League so far this season.

Madrid could be open to letting him go, but Spurs and other suitors must be willing to pay close to the £45 million they spent on him in the summer of 2019.

The 22-year-old is primarily a centre-back, but he plays excellently well at right-back too, and such versatility is cherished by Mourinho.

Militao featured in 18 games for Madrid in his debut season, but he has not played since October when he tested positive for the coronavirus, and manager Zinedine Zidane has found other options in Lucas Vazquez and Nacho.

The Brazilian could be willing to leave as his struggles for playing minutes continue, and Tottenham could be ready to offer him a chance.

Joe Rodon is yet to adapt to the demands of the English top-flight after arriving from Swansea City in the summer, while Davinson Sanchez is now out of favour as a result of his inconsistencies and frequent errors.

Mourinho needs a quality defender capable of providing Eric Dier and Toby Alderweireld with fierce competition, and Militao could be his man.

Serge Aurier and Matt Doherty haven’t always been able to provide quality service at right-back defensively and going forward, and the versatile Madrid man can help solve that problem.

Whether Tottenham will be keen to splash the cash on him this month is an entirely different matter, and it will be interesting to see what happens in the coming days.