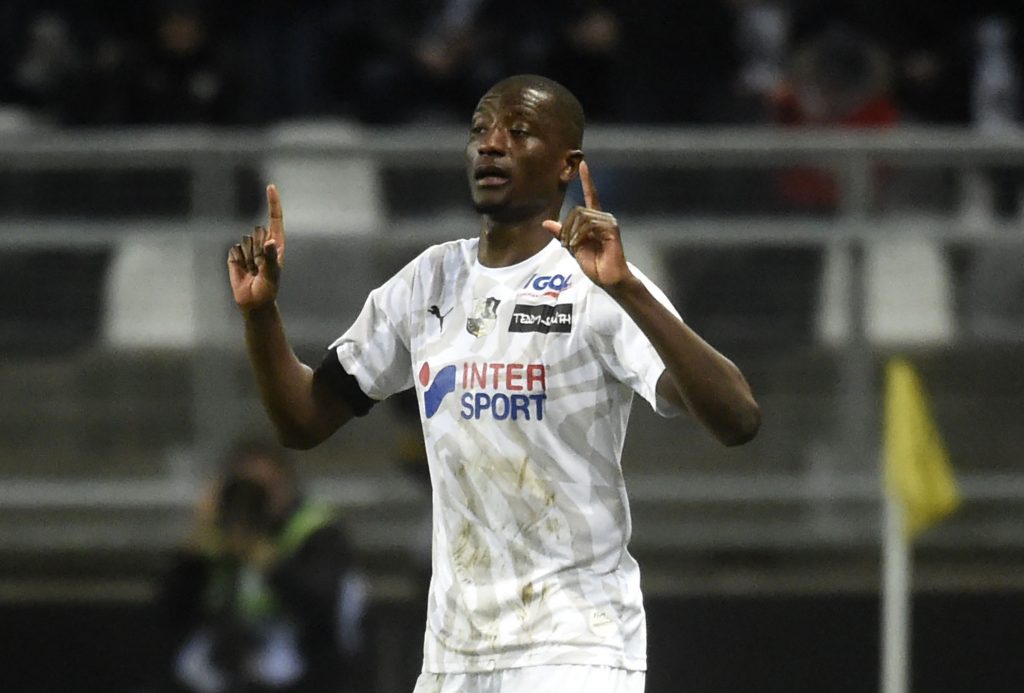 According to Daily Mail, Tottenham Hotspur’s chief scout Brian Carey watched Paris Saint-Germain’s clash with Amiens at the weekend, and he was left suitably impressed with the display of £18 million-rated Serhou Guirassy.

The Amiens striker, 23, grabbed a brace in the 4-4 draw and was a thorn in the flesh for the visitors’ defence.

Spurs are already scouring Europe ahead of the summer transfer window, and they could still send more representatives to run the rule over Guirassy again before the end of the season.

The Frenchman has already been watched by Leicester City, Aston Villa and Celtic, while Brighton and Hove Albion and Bournemouth also had him on their radars during the January transfer window.

Tottenham’s lack of quality depth in the striking department has been exposed this term, with both Harry Kane and Son Heung-min set to miss a large chunk of the remaining of the campaign to injuries.

With eight goals and an assist in 21 Ligue 1 games for Amiens this term, Guirassy could be worth taking a punt on in the summer.

His club are currently 19th in the table and are battling relegation, and they will definitely cash in on him should they go down.

Tottenham will have plenty of suitors to battle with should they express a firm interest in his signature, and it will be interesting to see if that happens.