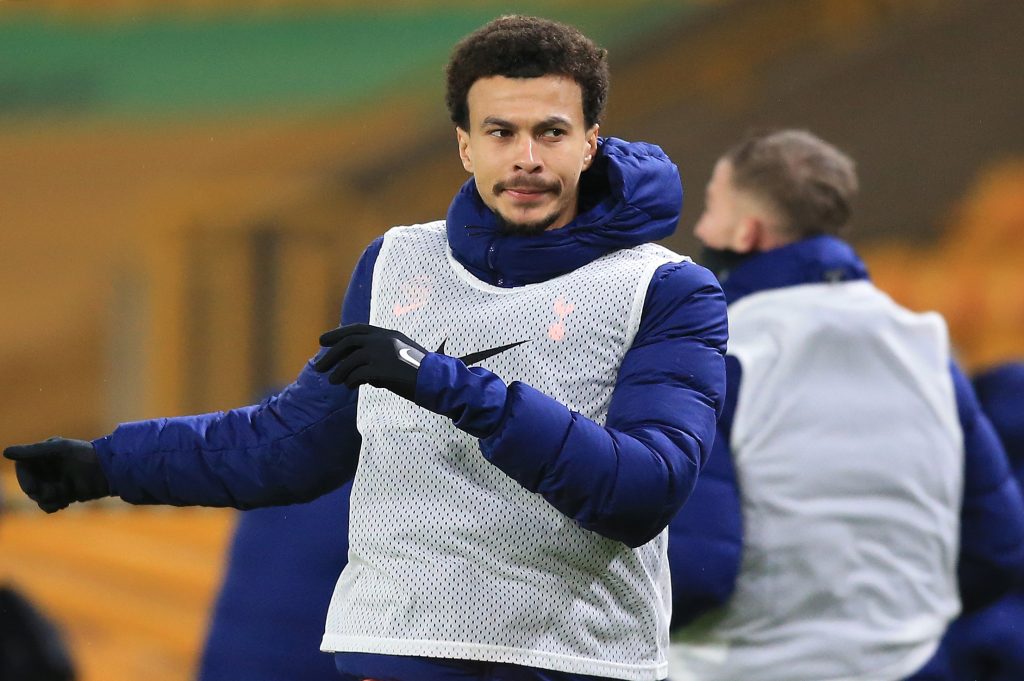 According to The Telegraph, Tottenham Hotspur midfielder Dele Alli and head coach Jose Mourinho had a personal meeting on Wednesday, and it was aimed primarily at checking in on the welfare of the player.

The England international has not started a Premier League game for Spurs since the defeat to Everton on the opening weekend of the campaign and has sometimes been excluded from the matchday squads when fully fit.

Having fallen out of favour with Mourinho, Alli was keen to reunite with Mauricio Pochettino at Paris Saint-Germain before the end of the January transfer window in order to boost his chances of making England’s European Championship squad this summer, but the loan move was blocked by chairman Daniel Levy.

The decision reportedly left the 24-year-old deeply unhappy, and he will now hope to force his way into Mourinho’s plans for the second half of 2020-21.

With Giovani Lo Celso and Harry Kane currently out injured, Levy was not keen to let the attacking midfielder leave for PSG without a replacement being brought in.

Alli is recovering from a calf injury and will miss tomorrow’s derby against Chelsea.

He is expected to return to training ahead of Sunday’s clash against West Bromwich Albion at the Tottenham Hotspur Stadium, and it will be interesting to see whether his fortunes change in the coming weeks.

Alli cannot afford to remain on Spurs bench for the remainder of the campaign with his international career on the line, and he should take a leaf out of Tanguy Ndombele’s books.

The Frenchman was keen on leaving Tottenham last summer after falling out with Mourinho, but he has since established himself as one of the side’s most important players after working hard and playing exactly how the Portuguese wants him to.

Alli must meet the demands of the Spurs head coach, and he has an opportunity to shine with the side struggling and with both Kane and Lo Celso out.