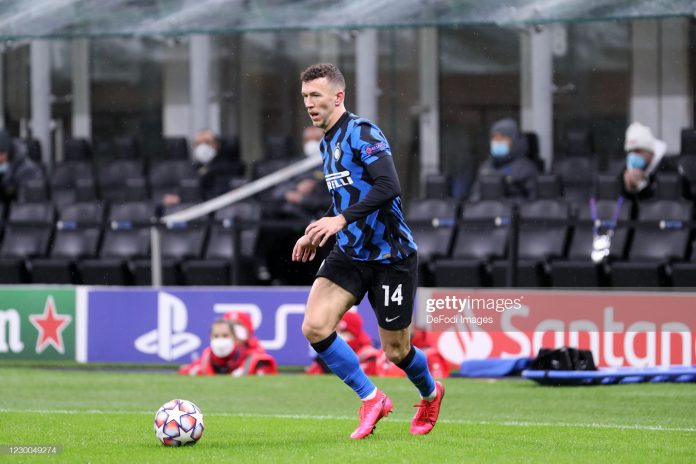 According to Foot Mercato, Tottenham Hotspur head coach Jose Mourinho is a huge fan of Inter Milan winger Ivan Perisic and is hoping to land him on loan before the end of the January transfer window.

The 31-year-old won the Bundesliga and Champions League with Bayern Munich last season while on loan at the German side, scoring seven times and assisting six goals across both competitions.

Perisic has scored twice and assisted twice in 21 games for Inter this term, but he has only started 11 of those games.

While the Croatian international has 18 months left on his current contract at the San Siro, an exit isn’t ruled out, and Foot Mercato claims discussions are underway between Spurs and his representatives over a move to the North London club this winter.

Mourinho was keen to sign Perisic while at Manchester United, and he could finally be getting his man in the coming days if talks go well.

The Portuguese isn’t short of options on the wings, but the Inter man brings experience and quality finishing abilities to the table.

With Gareth Bale failing to impress since returning from Real Madrid in the summer, landing another winger won’t be bad for Spurs, and Perisic could help boost their chances of winning silverware and challenging for the top-four.

Tottenham have heavily relied on Harry Kane and Heung-min Son for goals this term, and they could do with another quality attacker to help relief the burden on the duo as we head into the second half of 2020-21.

Mourinho’s side would have won their Premier League clash against Liverpool if Steven Bergwijn was a top finisher.

However, the Netherlands international fluffed two fine chances that proved costly in the end.

Spurs will be landing a proven finisher in Perisic, and he is also an hardworking attacker suitable for Mourinho’s style of play.