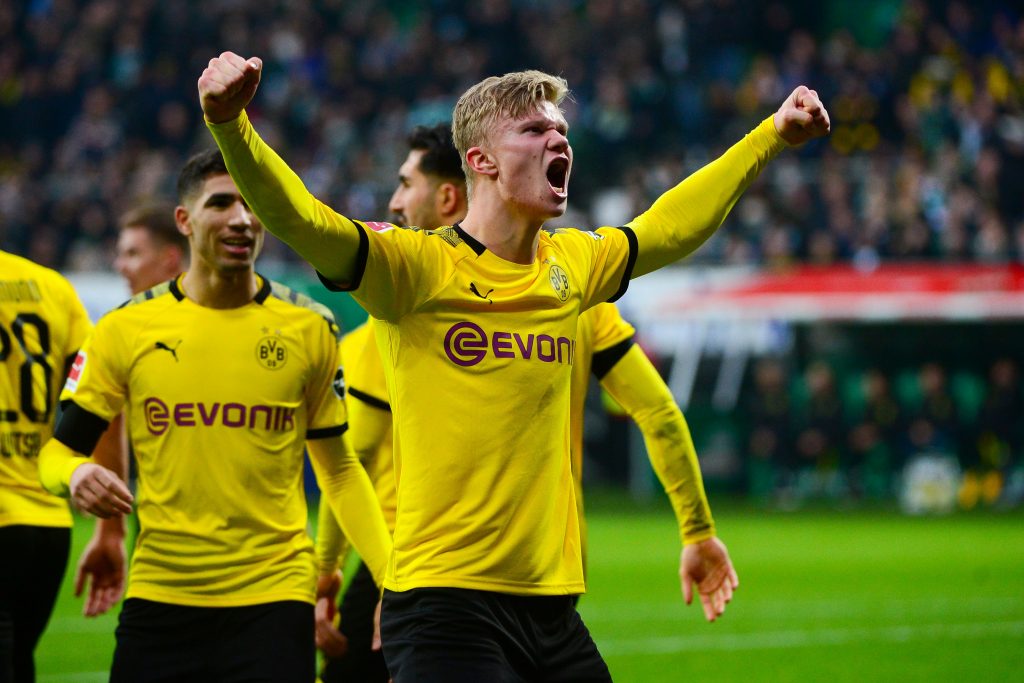 According to Italian outlet TuttoMercatoWeb, Tottenham Hotspur are monitoring the situation of Borussia Dortmund striker Erling Braut Haaland at the Bundesliga club carefully and are preparing to make a move in the summer.

Juventus and Manchester United are also interested in the Norwegian international, and more suitors are expected to emerge when the summer transfer window opens.

Spurs are currently without a fit senior striker, with both Harry Kane and Son Heung-min picking up injuries prior to the suspension of the Premier League.

Boss Jose Mourinho was dealt a huge blow as a result, with his side crashing out of the F.A Cup and Champions League within the space of eight days.

Landing Haaland this summer will be a massive statement of intent given his quality and huge potential, but Spurs’ chances of luring the 19-year-old away from Dortmund aren’t particularly high.

With 40 goals in 32 games across all competitions for both the German side and Salzburg this term, the teenage sensation has shown he has no problem tearing defences at any level apart, and the fact that the 6ft 4in striker clocks 35km/h (21.7mph) during games makes him the complete attacking package.

Tottenham will have to break the bank to have the slightest chance of securing Haaland’s services in the summer, and it remains to be seen if Dortmund will be listening to bids for their gem anytime soon.

While the hitman has a £63 million release clause in his contract, it cannot be triggered this summer, and Spurs and other suitors may have to wait for a while.