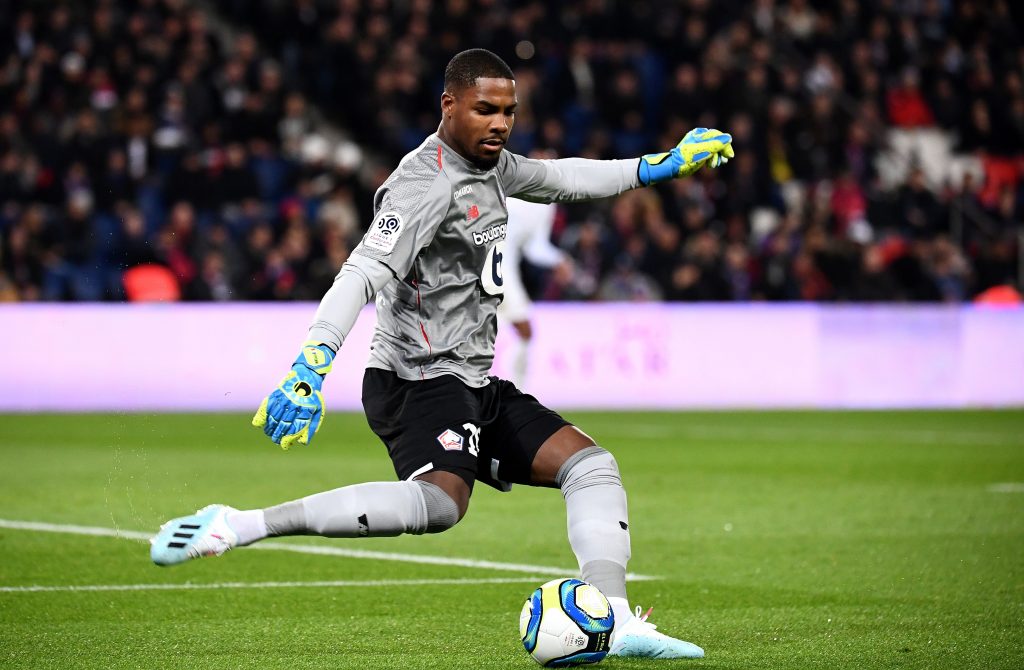 According to Eurosport journalist Manu Lonjon, Tottenham Hotspur are in talks with Lille goalkeeper Mike Maignan as they prepare for the likelihood of Hugo Lloris’ departure.

The Spurs captain is currently 33, and while he isn’t expected to leave the summer, the club appear to be preparing for the future and they see Maignan as a long-term replacement.

The 24-year-old and Tottenham goalkeeping coach Nuno Santos worked together at the Ligue 1 club prior to his departure in November.

The Spurs coach linked up with boss Jose Mourinho four months ago, and Maignan sent out this emotional tweet about him.

A reunion appears to be on the cards from the look of things, and Santos would have definitely recommended the young goalie.

Lloris remains one of the best keepers in the top-flight, but he has an error in him and Spurs could do with a consistent goalie.

On the other hand, Maignan is establishing himself as one of the best goalies in France, emerging as the Ligue 1 Goalkeeper of the Year in 2018–19 while also making the Team of the Year after conceding just 30 goals, making 233 saves including three from the spot and keeping 17 clean sheets.

Former Lille boss Marcelo Bielsa dropped the experienced Vincent Enyeama for Maignan at the start of the 2017–18 season, and he has since become a force to reckon with, earning a call-up to the French national team last year.

Could Mourinho follow Bielsa’s lead and drop Lloris for the Lille star? It shouldn’t be ruled out going forward.