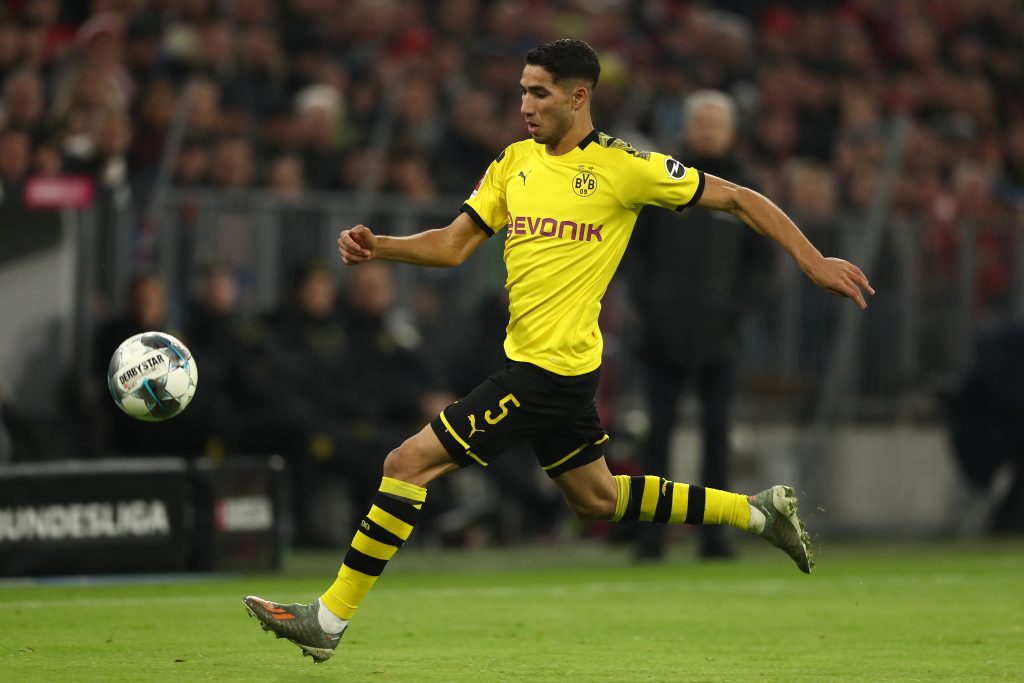 According to 90min, Tottenham Hotspur have made an enquiry for Real Madrid full-back Achraf Hakimi as boss Jose Mourinho looks to strengthen his defence ahead of 2020-21.

The right-back is in the final weeks of a two-year loan at Borussia Dortmund, and while the Bundesliga giants would love to sign him permanently, other clubs are looking to outbid them if Madrid opt to sell.

Hakimi wants to return to the Santiago Bernabeu but isn’t guaranteed of regular playing minutes with manager Zinedine Zidane already pleased with his current full-backs.

The 21-year-old has two years left on his current contract with the Spanish giants, with a release clause of £50 million in the deal.

Chelsea, Manchester City, Inter Milan, Juventus and Paris Saint-Germain are all interested in landing Hakimi, and it would be interesting to see if Spurs can beat them to his signature.

Tottenham could do with a quality right-back, and the Moroccan will definitely be an upgrade on Serge Aurier.

Hakimi has scored nine goals and assisted 10 others in 41 appearances across all competitions this term, and he will surely help improve Tottenham’s fortunes on the pitch.

The youngster can also play at left-back and further up the pitch on both wings, and his top-notch defensive abilities make him the perfect Mourinho signing.

He won’t come for cheap given his quality and potential, and if Spurs chairman Daniel Levy is ready to meet Madrid’s demands remains to be seen.