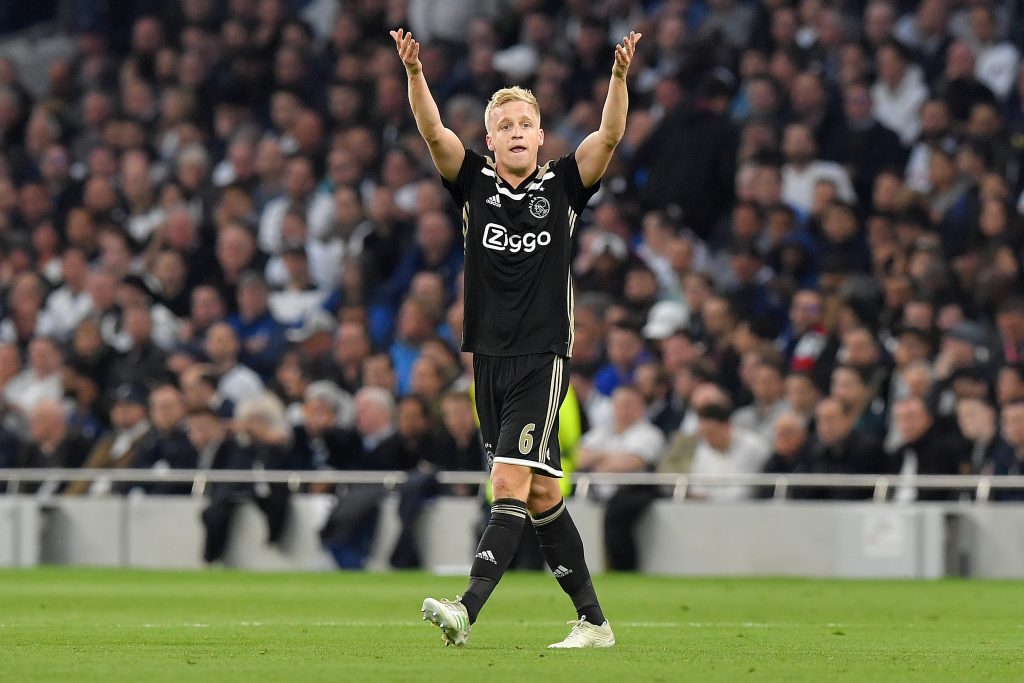 Tottenham Hotspur have been handed a transfer boost after Ajax midfielder Donny van de Beek admitted that landing him this summer is still very much open to suitors.

The Dutch star has been linked with Spurs and Manchester United, but Spanish giants Real Madrid were said to be favourites, with reports claiming he has already agreed to a move.

However, van de Beek insists that is not the case, and it’s safe to say Tottenham still have a chance should they qualify for next season’s Champions League and table a great offer this summer.

“Playing in the sun is always nice, but no, I haven’t started taking Spanish classes. I still haven’t said ‘yes’ to anyone, it’s all open,” the Ajax star told Helden (via The Sun).

“I know what I have here, I’m loved by Ajax and I love Ajax. My feelings should be positive at a club, not only that they want me but also that I fit in their style of play.

“Of course, I also want to know the game time they will give me.”

Tottenham were said to be keen to replace Christian Eriksen with the 22-year-old in January, but a move fell through.

Jose Mourinho’s side could do with some creative spark in the middle of the park, and the Netherlands international could be their man.

United already have Bruno Fernandes having made a move for the Portuguese over the January window, while van de Beek’s chances of playing regularly in a star-studded Madrid midfield are slim.

He will walk into the Spurs XI, though, and with 10 goals and 11 assists to his name across all competitions this season, he has what it takes to improve their fortunes in the final third.

The Dutchman won’t be short of suitors this summer, and Tottenham shouldn’t hesitate to land him, but will chairman Daniel Levy be willing to meet Ajax’s demands, though?