Report: Tottenham expect Everton target Dele Alli to be on the move in January 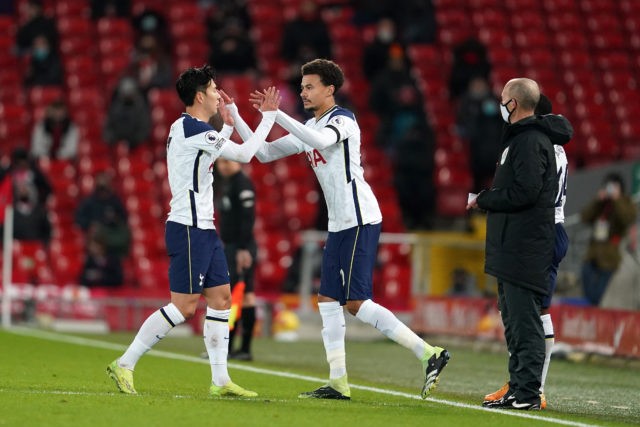 Tottenham Hotspur midfielder Dele Alli could be on the move in the January transfer window, according to reports from The Atheltic.

The 24-year-old has dropped down the pecking order at the north London club, and he could be allowed to leave in January.

Alli has managed just one Premier League start this season. He has made two starts in the Europa League, and has one goal and assist to his name.

The report from the Athletic claims that nothing has been decided yet regarding Alli’s future. The England international could still have a future at Spurs if he impresses in the coming weeks, or if anyone gets injured.

A potential move to Everton?

According to a recent report from The Telegraph, Premier League rivals Everton and Newcastle United have shown interest in signing him on loan.

While Alli clearly needs to move on to regain his confidence, Daniel Levy may not like the idea of sending him away to Everton who are fighting for the top-four places.

Not so long ago, Alli was seen as one of the brightest young talents in English football. He is still a very good player and could become a masterstroke signing for the Toffees if Carlo Ancelotti can get the best out of him.

Everton have a solid attacking set-up with Ancelotti bolstering that department with the addition of James Rodriguez in the summer. Adding Alli to their squad makes them an even stronger unit, and would enhance their chances of getting into Europe next season.