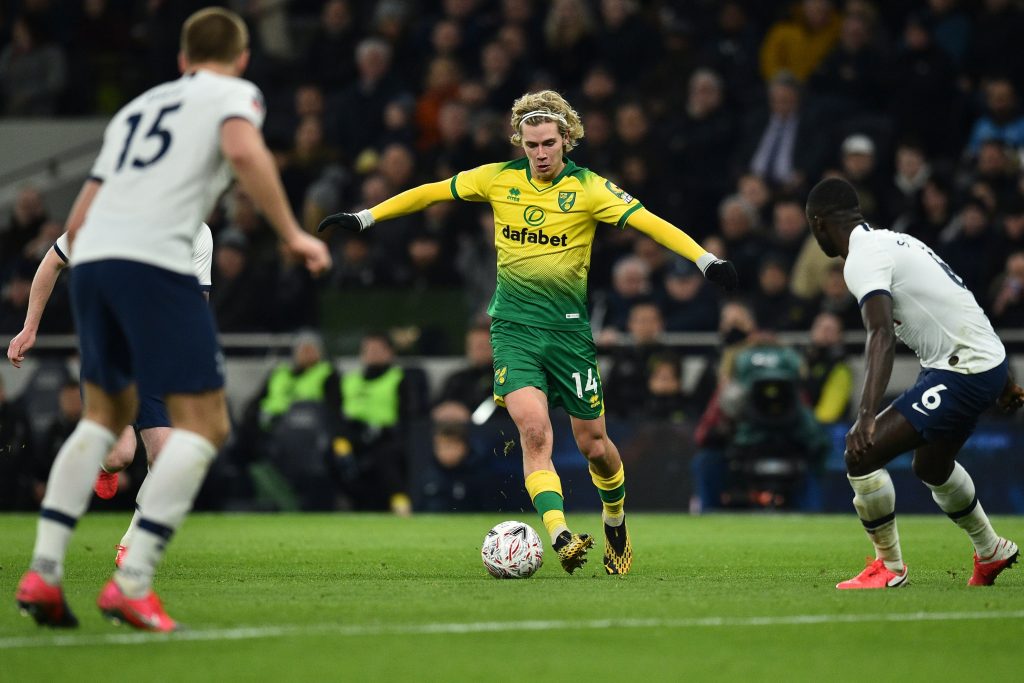 According to The Sun, Leeds United have not submitted a £15 million bid for Norwich City attacker Todd Cantwell despite reports claiming so.

However, they claim that the agent of the 22-year-old contacted the Elland Road outfit to inform them that the Canaries had dropped their asking price for the player.

Leeds want to sign an attacking midfielder before the summer transfer window shuts, and they have been linked with Udinese’s Rodrigo de Paul.

However, the Serie A outfit want around £40 million for the Argentina international, and that has forced Marcelo Bielsa’s sheeting look elsewhere.

The Athletic’s Phil Hay has shared what he has heard about the reports linking Cantwell with Leeds on Twitter:

people I spoke to yesterday were playing the Cantwell link down. It's not to say there's nothing in it at all but Cuisance is a major target

While the Norwich star is keen on leaving the Championship side and link up with Leeds in the top-flight, the club are yet to make a move despite his agent’s best efforts.

Cantwell made 40 appearances across all competitions for the Canaries, scoring seven goals and providing two assists, and the Elland Road outfit could do with his services.

He has just two years left on his contract at Carrow Road, but it remains to be seen where he will be after transfer deadline day.

The Whites appear keen on Bayern Munich’s Michael Cuisance instead, and a move for the 21-year-old Frenchman could be sealed in the coming days with personal terms agreed with him.