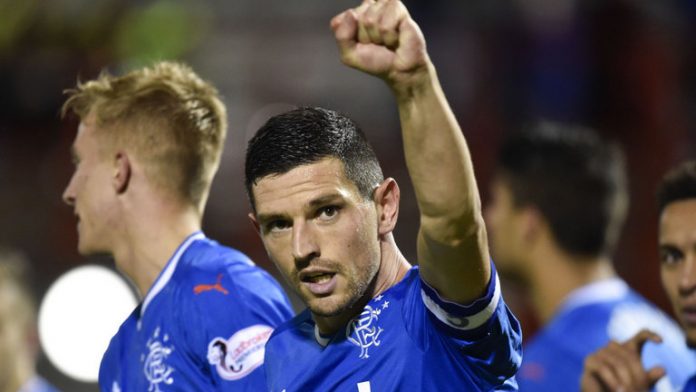 Glasgow Rangers are almost certain to be active in the summer transfer window again. While new signings are expected to arrive, several fringe players are likely to be heading towards the Ibrox exit door.

According to reports from The Scottish Sun, Kyle Lafferty has been told to find a new club this summer by Steven Gerrard. The 31-year-old striker failed to make a substantial contribution after making a return for his second spell at the club.

Likewise, the report claims that Graham Dorrans, the 2017 signing from Norwich City, is expected to leave the club as well.

The Scottish Sun adds that Lafferty’s international teammate Gareth McAuley has not been offered a new deal, which means the former West Brom defender will be out of Ibrox as well.

Lafferty was signed to provide a back-up option for Alfredo Morelos. However, the former Norwich striker couldn’t replicate the form he showed for Hearts and has been sparsely used by Gerrard.

The Northern Ireland striker has no shortage of options though, and a move away from Ibrox will be perfect for all parties involved.

Dorrans is a class player but he has struggled with injuries since signing from Norwich. Last season, the 12-cap Scotland international managed only three games in all competitions, and he is surely not the player Gerrard would love to build his team around.