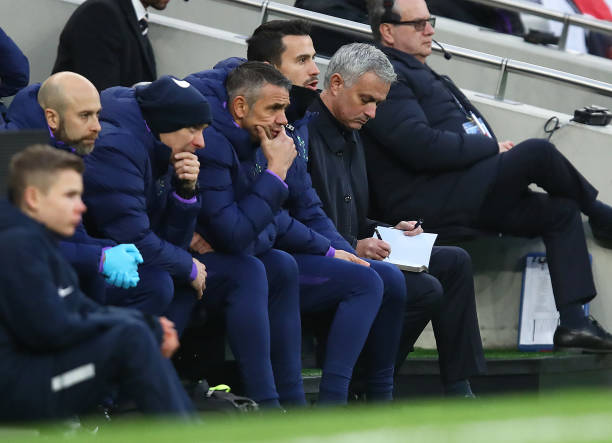 According to The Sun, Spanish giants Real Madrid were ready to offer Tottenham Hotspur boss Jose Mourinho £12 million not to take another job  prior to his move to North London.

The La Liga side wanted the Portuguese to just  wait for Zinedine  Zidane  to  leave, but he had his heart set on the Tottenham job as far as October 21 when a key meeting took place in London.

Mourinho had to cancel other appointments at short notice in order to talk to super-agent Pini Zahavi, and he left the meeting convinced he was the leading candidate to take over at Spurs once Mauricio Pochettino was axed.

With that in mind, Mourinho was prepared to reject Madrid and other suitors, and he was appointed to succeed the Argentine – who was sacked on Tuesday evening (19th November) – on Wednesday morning.

Borussia Dortmund, AC Milan and Lyon were all keen on his services, while Chinese Super League giants Guangzhou Evergrande were willing to go as far as offering him £40 million a year after tax – way more than the £15million-a-year he will earn at Spurs.

Tottenham’s underwhelming start to 2019-20 – which saw them pick up just 14 points after 12 games – saw chairman Daniel Levy accelerate efforts to identify a potential replacement, although he had been harbouring doubts about Pochettino since the build-up to the Champions League final.

Mourinho has hit the ground running at Spurs, winning all the three games he has overseen, and only six points currently separate them from fourth-place Chelsea.