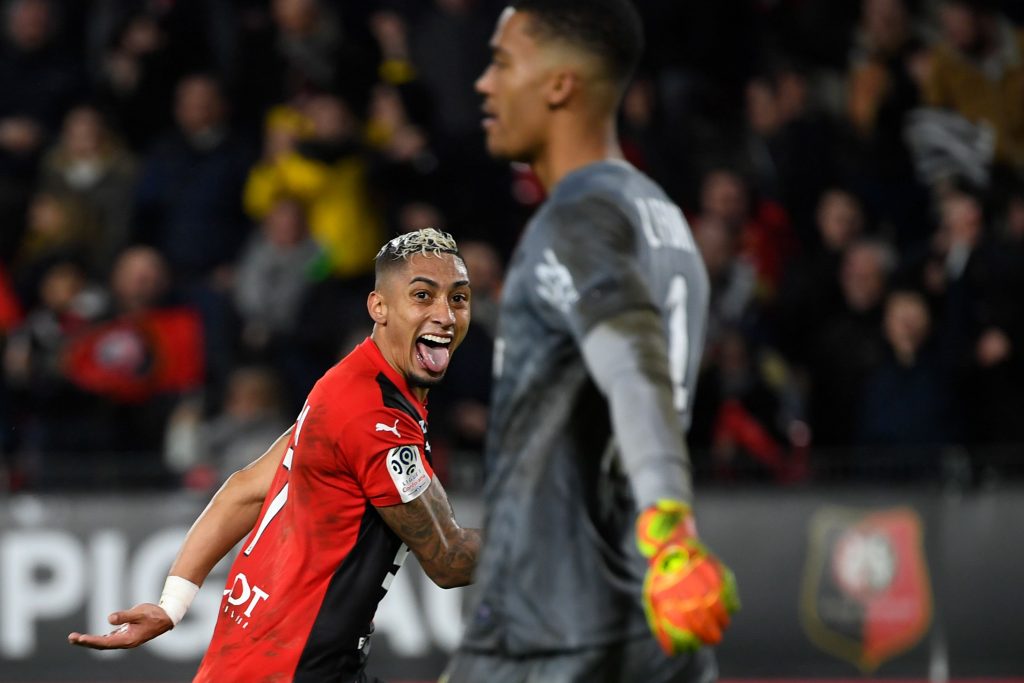 According to Italian journalist Nicolo Schira, Rennes striker Raphinha has agreed to join Leeds United on a four-year deal worth £21 million (including add-ons).

Leeds tabled a bid for the 23-year-old yesterday and it appears that they have wrapped things up ahead of tomorrow’s transfer deadline.

English Championship side Derby County have also been linked with Raphinha, but the chance to play in the English Premier League is definitely more tempting, and the Brazilian could be lining up for the Elland Road outfit after the international break if the latest report is indeed true.

Leeds have Patrick Bamford as their first-choice striker and have added Spain international striker Rodrigo Moreno to their attack.

However, head coach Marcelo Bielsa wants one more striker to boost his squad depth and has identified the Rennes star as his man.

Raphinha can also play on both wings, and he is set to switch the French Ligue 1 for the English top-flight after just a year.

Raphinha’s best return to date came in 2017-18 when he bagged 15 goals in 32 league games for Vitoria Guimaraes, and he could replicate that form at Elland Road with an arrival reportedly on the cards.