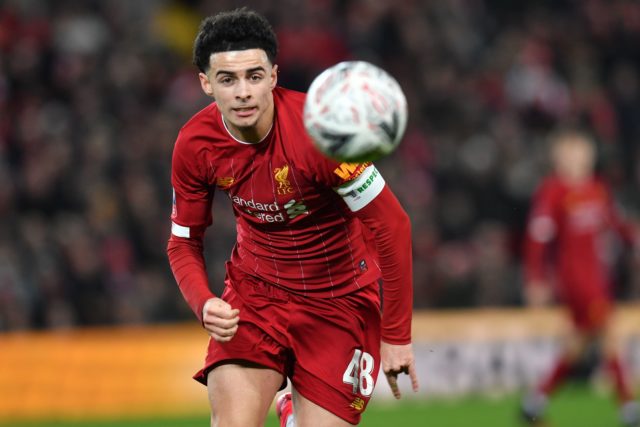 Glasgow Rangers is looking to bring Liverpool midfielder Curtis Jones to the Ibrox club in the summer transfer window.

According to reports from Football Insider, the Gers tried to sign the exciting young midfielder twice during the January transfer window. But they failed in their attempt to lure him to Ibrox.

Steven Gerrard, the Rangers boss, wants to make a loan attempt once again for the midfielder when the next transfer window opens.

The 19-year-old is a highly-rated young talent and has sparkled when given the opportunity to do so by Liverpool boss Jurgen Klopp this season. The Reds boss may look to integrate him into the senior squad next season, but a loan move away to Ibrox cannot be completely ruled out.

Jones scored a fabulous winner against Everton in the FA Cup and also scored a hat-trick against Napoli in the UEFA Youth League.

Klopp is an admirer of Jones, but he may feel that a season of first-team football would be ideal for the teenager. Gerrard knows the midfielder well during his time as an academy coach at Liverpool, and Jones will be in safe hands.

Gerrard has taken players from Liverpool in the past in the shape of Ryan Kent, Sheyi Ojo and Ovie Ejaria, and Jones could be the next.