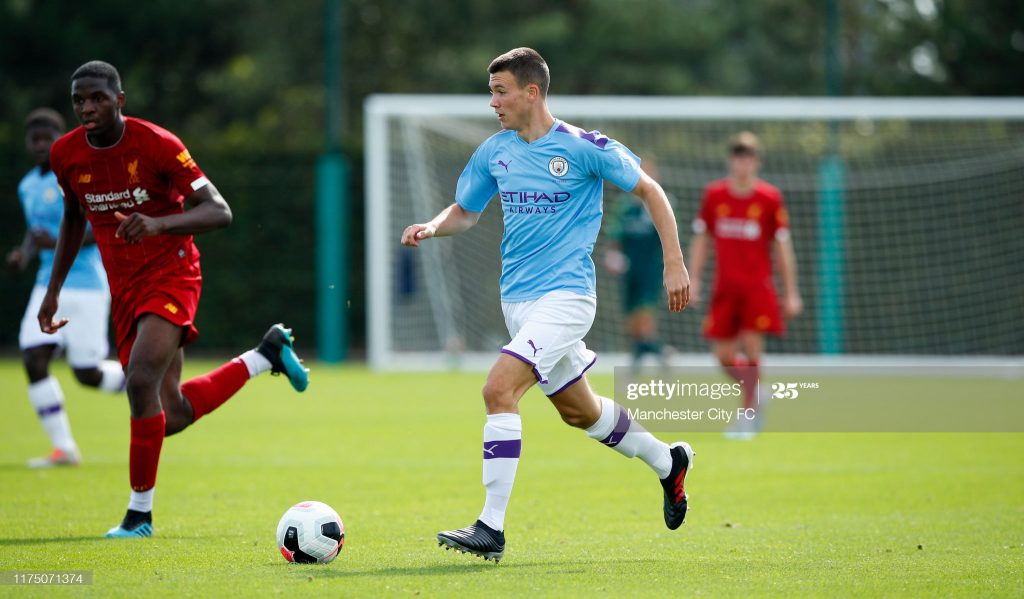 According to Sportsmail, Rangers have entered the race for the signature of Manchester City’s Charlie McNeill.

The 16-year-old striker is wanted by Manchester United, RB Leipzig and Juventus, but Rangers are looking to offer him a chance of quickly progressing to the first-team ahead of others.

McNeill has been with City for six years, but he is now on his way out following breakdown in talks over a new deal.

Massive thank you to @mancity for everything over the past 6 years. It’s been such a pleasure to play with some amazing players and made some amazing friends to. Thanks to all the staff and players for helping me develop as a player and also as a person. I wish everyone the very best, thank you🤝

Talks between the England youth international and Rangers took place at the weekend and he could be on his way to Ibrox in the coming weeks if both parties can strike a deal.

The City academy graduate won’t be linking up with Steven Gerrard’s side immediately should he join the Ibrox outfit, but he could be afforded a chance to train regularly with the senior team if he can prove himself in the under-23s.

McNeill has bagged around 600 goals over the years at various youth levels at City, and is eager to prove himself at senior level.

The quality of players available at the disposal of manager Pep Guardiola at the Etihad Stadium means that is currently not possible, and Rangers could be offering him that within the next 12 months if he can prove himself.