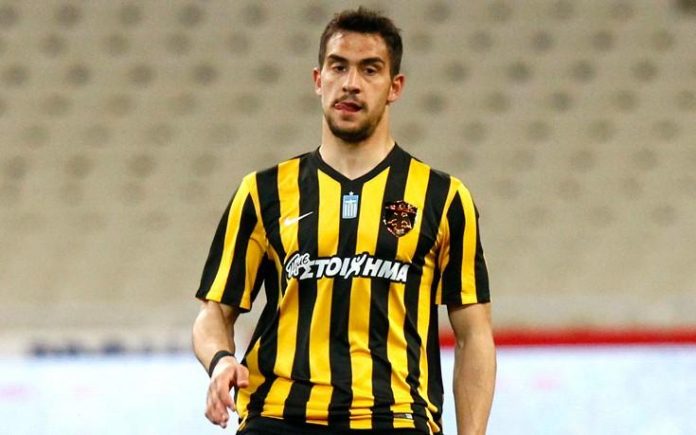 Glasgow Rangers are reportedly looking to sign a centre-back in the January transfer window, and Greek defender Vassilis Lambropoulos could join the Ibrox club.

The Gers boss Steven Gerrard will be looking to sign a defender in January, as he is keen to bolster his squad that is capable of competing both in domestic competitions as also in Europe.

According to SDNA, the Ibrox club have registered an interest in the AEK Athens defender Lambropoulos.

The 28-year-old has established himself in the Greek national team this year, and has earned two caps for his country.

He played a key role for AEK Athens last season, and helped the Greek club win the league. Scottish Premier League fans will remember him for his performance against Celtic in the Champions League, where he was impressive in both the legs.

AEK Athens are likely to lose a number of their key players, and Lambropoulos could be on his way out as well. He could be available on a cut-price deal as his contract is due to expire at the end of the season.

He would be a fantastic addition for the Gers.