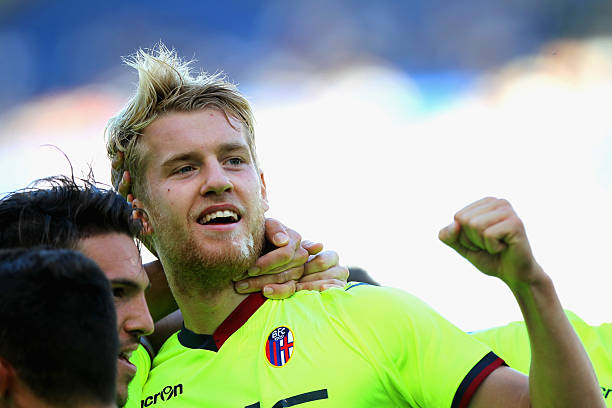 According to Goal, Bologna centre-back Filip Helander has agreed personal terms for a three-year deal with Scottish Premiership giants Rangers, and Steven Gerrard’s side are closing in on a move.

The Sweden international is also on the radars of Turkish Super Lig clubs Basaksehir and Besiktas, but he prefers a move to Scotland instead.

Newcastle United were said to be interested in signing Helander in the January transfer window, with former Magpies manager Rafa Benitez keen on him.

However, the Champions League-winning boss couldn’t get his man, and the Light Blues are now clear favourites.

The 26-year-old, who stands at 6ft 4in, has made 60 Serie A appearances over the last three seasons for Bologna, but a lack of consistent playing time last season after Sinisa Mihajlovic replaced Filippo Inzaghi as boss means he is free to leave.

Rangers have already secured seven signings this summer as Gerrard looks to further strengthen his squad ahead of next season, and Helander could become their eighth from the look of things after the manager admitted on Tuesday that a deal could be sealed by the end of the week.

The arrival of the Swedish at Ibrox will massively boost the Light Blues’ central defence, handing them four established centre backs, and his huge experience will come handy as they look to stop Celtic from securing the domestic treble for the fourth season running.