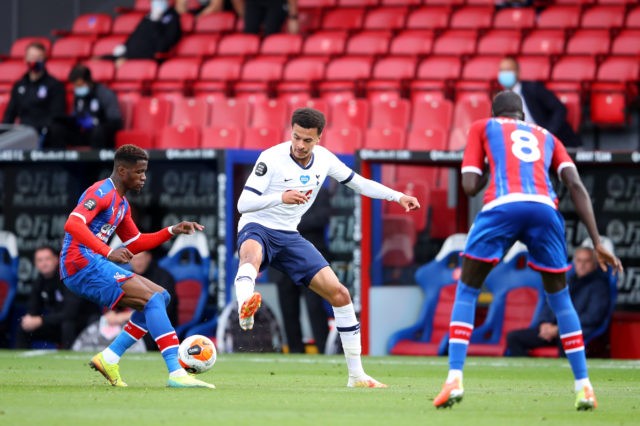 The England international has been left out of boss Jose Mourinho’s last two matchday squads, and his future at the North London club is becoming more uncertain.

PSG are long-term admirers of Dele, and they are looking to sign him this summer as they look to boost their squad for this season’s Champions League challenge.

The midfielder is said to be upset with Mourinho’s decision to exclude him from Thursday’s Europa League qualifier against Lokomotiv Plovdiv and today’s Premier League clash with Southampton, and he could be seeking for an exit.

Alli was also offered to Real Madrid as part of the negotiations that eventually saw Gareth Bale and Sergio Reguilon arrive at Tottenham, and he has also been linked with Inter Milan.

PSG have received some encouragement that a deal to sign the 24-year-old is possible in the coming days, and the chance to play regularly ahead of next summer’s European Championship could see him switch the Tottenham Hotspur Stadium for the Parc des Princes.

Alli joined Spurs from Milton Keynes Dons in the winter of 2015, quickly establishing himself as a first-team regular under former boss Mauricio Pochettino and featuring in over 220 games till date.

He could have made his last appearance, though, with the return of Bale set to further deal a blow on his playing chances at Tottenham.