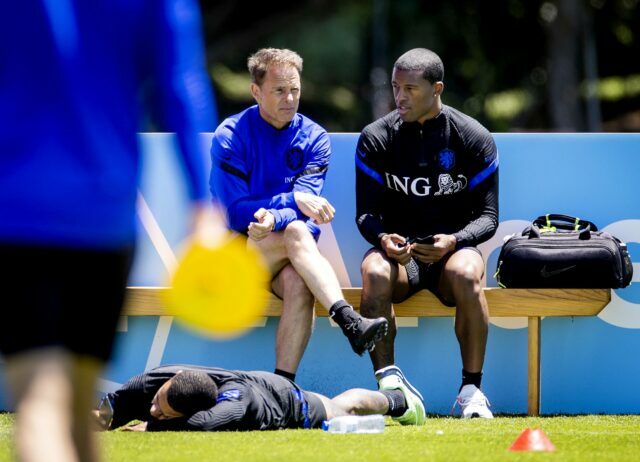 Paris Saint-Germain are trying to hijack a move for Gini Wijnaldum.

Barcelona have been trying to sign the 74-times capped Dutch international on a free transfer for months now.

Italian journalist Fabrizio Romano has been regularly delivering updates on Twitter on the 30-year-old.

His contract at Anfield expires at the end of this month, and he has already confirmed that his next destination would be somewhere else.

Romano claims that Barcelona are “already planning” medicals for Wijnaldum, and they are hoping to tie him to a contract until 2024.

However, according to ESPN, the French giants are looking to hijack their attempt to sign the midfielder.

Wijnaldum is currently preparing for the European Championships with Netherlands, but clubs want to secure his signature before it starts.

Barcelona boss Ronald Koeman wanted to sign him last summer, and he is key to luring him to Camp Nou after it was confirmed that he will remain in charge for next season.

At the same time, money speaks. PSG have made a better financial offer, and ESPN claim that he is leaning towards a move to Paris.

Bayern Munich have also expressed an interest in Wijnaldum, and Barcelona are now facing huge competition to sign him.

Wijnaldum was one of the key players for Liverpool last season. He enjoyed a glorious spell at Anfield, winning the Champions League and Premier League under Jurgen Klopp.