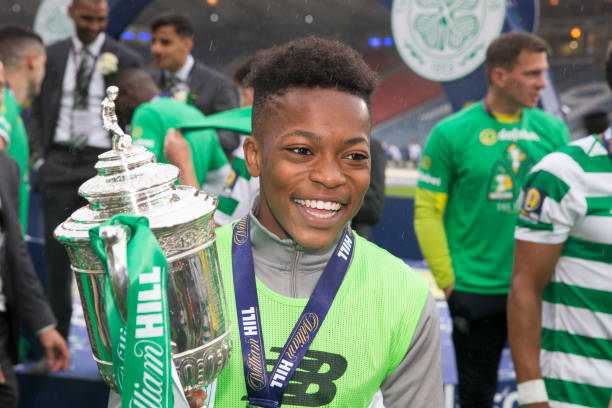 According to The Scottish Sun, Arsenal, Paris Saint-Germain and Juventus are all keen on landing Celtic winger Karamoko Dembele.

Bundesliga giants Borussia Dortmund and some other English top-flight sides are also interested in securing the services of the Hoops 16-year-old wonderkid.

Dembele has only featured in one Scottish Premiership game for Celtic, coming on as a second-half substitute during May’s 2–1 victory against Hearts.

The teenage sensation also made the bench for the Scottish Cup Final squad, and will be looking to get some first-team action during the course of the ongoing campaign.

Since catching the attention of many after becoming a regular player for Celtic’s Under-20 side three years ago, all eyes have been on Dembele.

He signed his first professional contract with the Hoops last December and has already put pen to paper for another long-term deal this year.

Scotland, England and Ivory Coast are already doing battle over Dembele’s international future and it’s not a surprise that the likes of PSG, Juve and Arsenal are also keen.

It’s hard to see Celtic being able to hold on to their latest gem for long, and his Parkhead exit is a matter of “when” and not “if”.