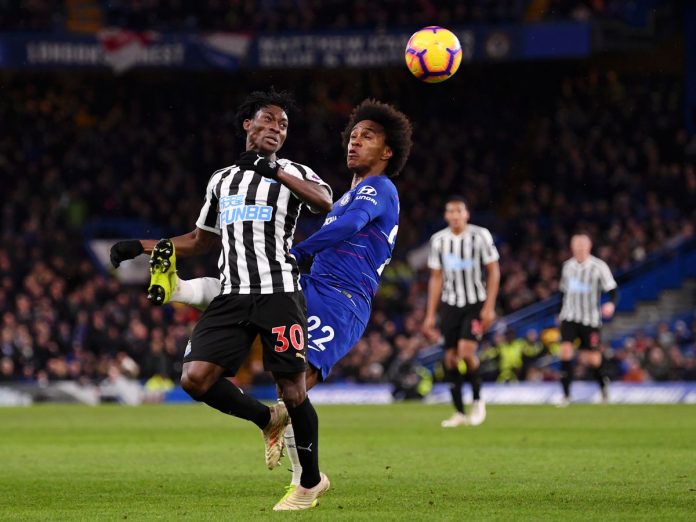 Newcastle United winger Christian Atsu has been told by head coach Steve Bruce that he can leave St. James’ Park this summer, and that could come as a huge transfer boost for Celtic.

Bruce to @bbcnewcastle on Atsu: “I like Christian – the same goes for Muto – trains every day, works tirelessly, a good professional – but in a situation where, are they going to play enough? There has to come a time when they go and play football." #NUFC

Bruce: "The same goes for Saivet. Henri has been around the place since I’ve been here. We try to treat him with respect and he trains every day and is a good pro. Saivet, Atsu, Muto, Lazaar, Aarons – they need to find a home and try to progress their careers again." #NUFC

As reported by Sports World Ghana, Celtic have contacted Newcastle about the availability of Atsu this summer, and he is now available following Bruce’s latest comments.

The Ghana international has just a year left on his current deal at SJP, and he could be available on the cheap.

Hoops manager Neil Lennon thought Atsu was close to moving to Parkhead on loan last January, but the 28-year-old rejected the move in the last minute, insisting he wanted to remain at Newcastle and fight for his place.

The arrival of Ryan Fraser has made that more difficult and an exit is guaranteed from the look of things.

Atsu played 19 times across all competitions last term and he is now way down the pecking order.

He earns £30,000 at Newcastle and Celtic shouldn’t have a problem meeting his demands.
The former Chelsea man can help provide quality cover for James Forrest and the other wingers, and given that Lennon’s side will be playing a lot of games this season, they could do with another experienced player in the attacking third.

They are looking to seal a 10th consecutive Scottish Premiership title and go far in the Europa League, and Atsu’s quality and experience could come handy.