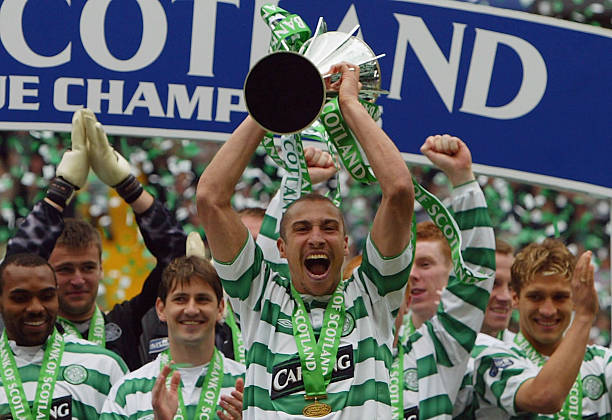 According to The Scottish Sun, Celtic manager Neil Lennon is considering bringing back the club’s former striker Henrik Larsson as a coach.

Having been given the managerial job on a permanent basis, the former Hibernian boss is recruiting his backroom staff, and he sees his close friend and fellow Hoops legend as an option.

Larsson wrote his name in Celtic folklore during his seven-season stint at Paradise Park, netting 242 goals in 315 games before leaving in 2004.

The 47-year-old Swede hasn’t had much success as a manager despite going on to impress at Manchester United and Barcelona as a squad player, but Lennon reckons he can be influential as the Scottish giants aim to make it ten Premiership titles in a row.

Larsson has managed Swede sides Helsingborg, Falkenberg and Landskrona, but wasn’t able to impress, and the Celtic job could give him the chance to relaunch his managerial career.

While the trio of assistant manager
John Kennedy, first-team coach Damien Duff and goalkeeping coach Stevie Woods who worked with erstwhile manager Brendan Rodgers will remain part of Lennon’s backroom staff, the new boss wants to recruit his own choices, and the ex Sweden international could form a part of the coaching crew.