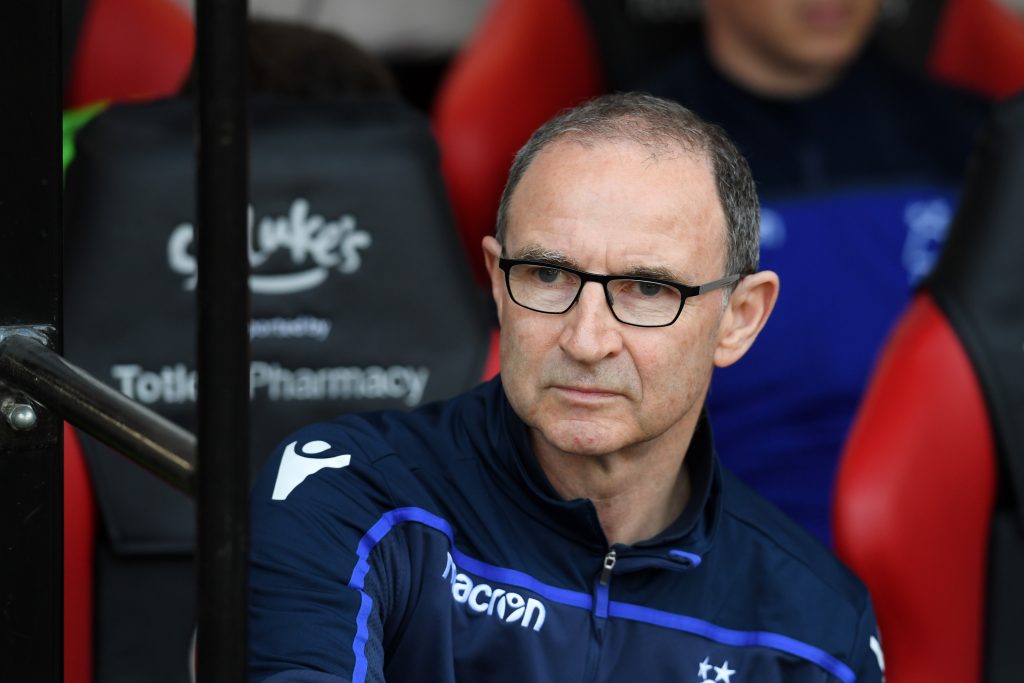 According to The Sun, former Celtic manager Martin O’Neill may have put his old employers on red alert following his wish to return to the dugout.

Hoops boss Neil Lennon is under a lot of pressure after the Scottish giants’ woeful start to 2020-21, and he could be replaced in the coming weeks if the results don’t change.

Celtic have found themselves 13 points behind bitter rivals Rangers with two games in hand and could struggle to mount a strong challenge for ten-in-a-row going forward this term.

The Parkhead outfit have looked at Scotland manager Steve Clarke as they identify Lennon’s potential replacements, but it’s almost impossible to see him leave the job now after helping the country qualify for next summer’s European Championships.

O’Neill is currently a feasible option, though, as he eyes a managerial return, and Celtic could be keen and tempted to have their former boss back in charge.

The 68-year-old has reportedly told a couple of agents to find him a club, and while he would, ideally, be keen to manage in England after his brief spell at Nottingham Forest, a return to Paradise Park could delight him.

O’Neill led Celtic to three Scottish Premier League titles, three Scottish Cups and a Scottish League Cup during his five-year stint at the club in the early 2000s.

The Northern Irishman came close to winning the Europa League with them in 2002-03, only for Jose Mourinho-led Porto to pip Celtic to a 3-2 win in the final.

Celtic are struggling in Europe 15 years after O’Neill left them, failing to progress from this season’s Europa League group stages.

Qualifying for the Champions League group stages has also become herculean, and many now doubt Lennon’s abilities given the side’s recent struggles across all competitions.

O’Neill moved to Aston Villa and then Sunderland after leaving Celtic, managing the Republic of Ireland afterwards.

He spent six months with Forest last year, guiding them to a ninth-place finish in the English Championship last season before his exit, and it will be interesting to see where he goes next with Celtic potentially keeping an eye out for a new manager.