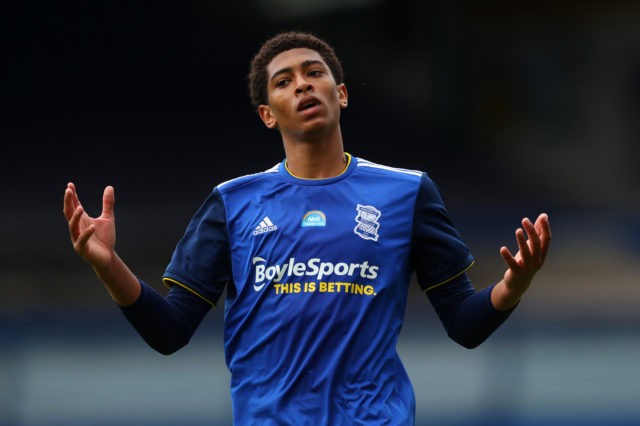 Manchester United have missed out on another top target.

After missing out on Erling Haaland to Borussia Dortmund in January, they have suffered yet another defeat in the transfer race to the same club.

According to reports from The Times, Manchester United have missed out on Birmingham’s highly-rated Jude Bellingham.

The 17-year-old midfielder has decided to move to Borussia Dortmund in a deal worth more than £20 million.

Fabrizio Romano, the transfer guru, has claimed that the youngster has signed a deal that will keep him at the German club till 2025.

Jude Bellingham will join Borussia Dortmund until June 2025. Decision made because of the “project of the club” and “chance to be a starter”. €23M to Birmingham and here we go soon 🤝 #BVB #transfers

With that, United’s hopes of signing one of the best prospects in England, come to an end.

The report claims that both Arsenal and Chelsea were also interested in signing Bellingham, who has scored four goals and provided two assists in 35 Championship games this season.

The highly-rated youngster broke the record of Trevor Francis when he made his first-team debut aged 16 years and 38 days for Birmingham City in August. He became the youngest ever player to have represented the club.

Back in March, a report claimed that the midfielder’s parents were handed a tour of Carrington by the Manchester United officials.

United have pulled out all the stops in an attempt to sign the England Under-17 international, but the youngster has decided to join Dortmund because he believes he will get regular games at the German club.