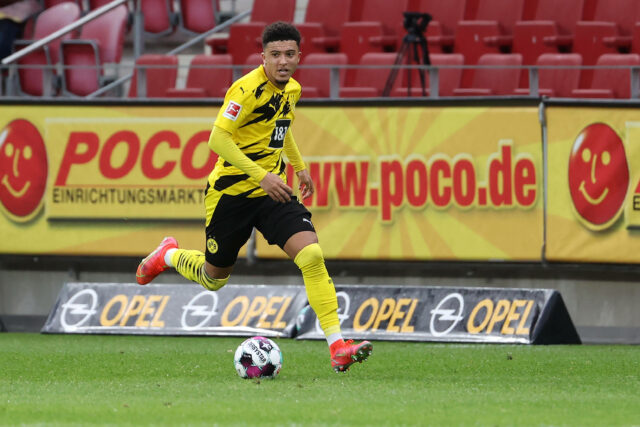 Sancho has once again enjoyed a brilliant campaign. However, his price has dropped down a little and is now in the reach of several clubs, including United and Liverpool.

Dortmund are being transparent here – they will offload Sancho if they get a good offer – which is less than €100 million. Romano gave his take on the situation on Twitter.

Borussia Dortmund position is clear. Sancho will be able to leave the club this summer if an important bid arrives – bit less than €100m. 🟡⚫️ #BVB

Man United are interested in signing Sancho but no official talks/bid yet – it’s still an ‘open race’. 🔴 #MUFC

SL View – a chance for Liverpool?

According to a recent report from Liverpool Echo, the Reds have been linked with a move to sign the England international this summer.

The 21-year-old has bagged 16 goals and 14 assists in all competitions this season, and he would be available for around £80m.

Liverpool need to bolster their forward department this summer, with several first-team players having massively underperformed.

However, with the Reds needing to bolster other areas, it will be interesting to see how they fund a move for Sancho.

Selling some fringe players would help, while Jurgen Klopp may need to make a bold decision to offload one of his front three to make room for Sancho’s potential arrival.