Report: Manchester United snap up AS Monaco’s Hannibal Mejbri, beating the likes of Tottenham Hotspur to his signature 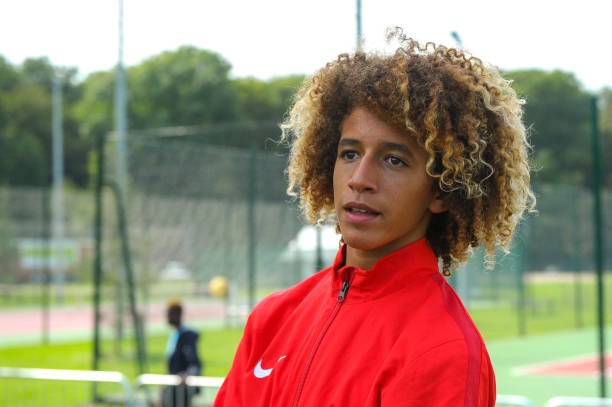 Manchester United have reached an agreement with Ligue 1 side AS Monaco for the signing of 16-year-old midfielder Hannibal Mejbri, subject to FIFA approval.

#MUFC have reached an agreement with Monaco for 16-year-old midfielder Hannibal Mejbri, subject to FIFA approval

The Red Devils have beaten the likes of Arsenal, Liverpool, Barcelona and Lyon to the signature of the teenager who was keen to leave the Principality outfit , and it has emerged that Tottenham Hotspur were also interested in his services.

Understand Hannibal Mejbri deal is worth €10million (£9.3million), with #MUFC paying Monaco half up front #THFC & #LCFC were keen on the midfielder as well

Mejbri is widely regarded as a future world-beater, and it’s no surprise that a lot of top sides were keen.

The teenage sensation will be linking up with the youth team at Old Trafford but will fancy his chances of becoming a member of the senior team soon after United manager Ole Gunnar Solskjaer handed youth duo Tahith Chong and Mason Greenwood playing chances last term, with the teenage striker expected to feature in his plans this term.

Tottenham boss Mauricio Pochettino has a track record of improving youngsters and would have loved to snap the French kid up as he is clearly one for the future.

Given Spurs’ inability to challenge the bigwigs in the market, landing Mejbri – who is capable of saving them millions in the future – would have been a huge boost.

The contract of the teenager at the Principality club was due to expire in 2021, but his representatives entered into a legal battle with the club to get the contract broken.

Monaco stood their ground as that would have allowed him leave for free, but they finally got £9 million for his signature – a lot of money for a 16-year-old.

Mejbri handed in a transfer request in January in order to force a move.

He left Paris FC for Monaco in 2018 and did impress the club’s coaches with his rapid development, and it is obvious to see why the Ligue 1 side weren’t keen on letting him go.