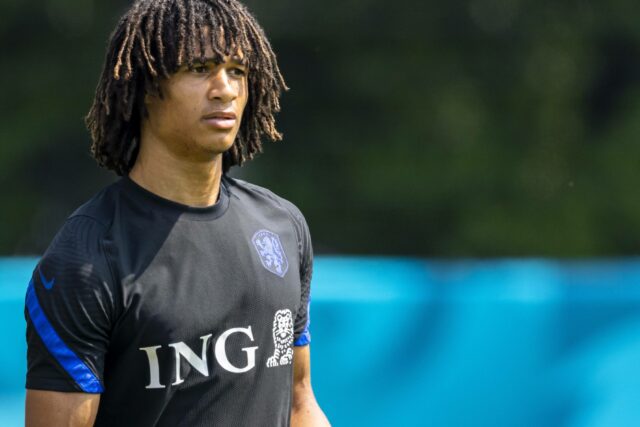 Manchester United are reportedly looking to bolster their defence this summer.

Despite tying up Eric Bailly on a long-term deal, it seems Ole Gunnar Solskjaer still wants to sign another top-quality centre-back in the summer transfer window.

According to reports from The Sun, the Red Devils are keeping a close eye on Manchester City defender Nathan Ake.

The Dutch defender joined Pep Guardiola’s side last summer for a fee of £40 million from Bournemouth.

While he won the Premier League title in his first season at the club, he played a peripheral role making only 10 appearances in the league.

It has been widely reported that City are looking to offload a host of fringe players to raise funds for new arrivals, with the club targeting the likes of Jack Grealish and Harry Kane.

The report claims that Ake has grown frustrated over the lack of game time, and United sense an opportunity here to prise him away from Etihad.

Ruben Dias and John Stones are the club’s first-choice pairing, while Ake is behind Aymeric Laporte in the pecking order.

The Red Devils have included the 26-year-old defender on their transfer wishlist. They are also keeping an eye on Rafael Varane and Pau Torres.

It has been claimed that Solskjaer is a big fan of Ake.

While the Dutchman would love to play for a club where he would be getting regular games, a move to Old Trafford still looks highly unlikely.

He was a part of the Bournemouth side that got relegated and will require more time to get going at City where expectation levels are so high.