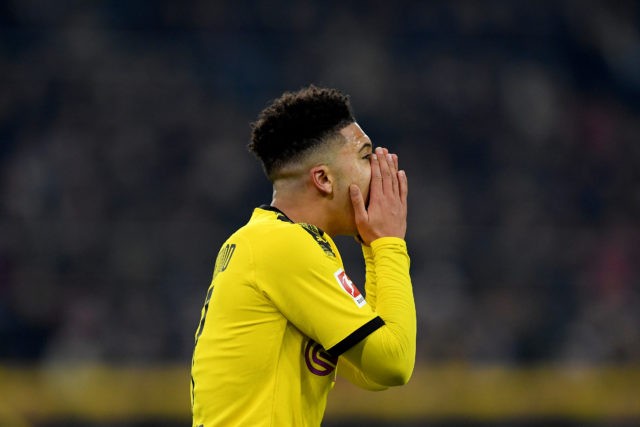 According to reports from the Irish Independent, Jadon Sancho has ‘unofficially confirmed’ his desire to join Manchester United in the last round of talks.

Ole Gunnar Solskjaer has identified the 20-year-old youngster as a priority signing for the Red Devils.

Sancho has been in sensational form for the German side this season, scoring 17 goals and providing 19 assists. Dortmund are ready to sell Sancho in the summer and a move to Old Trafford could be on the cards, irrespective of whether the Red Devils qualify for the Champions League or not.

Premier League rivals Liverpool and Chelsea have been linked as well but neither of them are willing to pay £120m for his signature.

The report claims that the winger desires a move to Old Trafford, and United are now confident of completing a deal for him.

United have offered Sancho the iconic number 7 shirt at Old Trafford. Alexis Sanchez is expected to leave the club in the summer, and Sancho is likely to replace him. The youngster is set to earn up to £400,000-per-week at United.