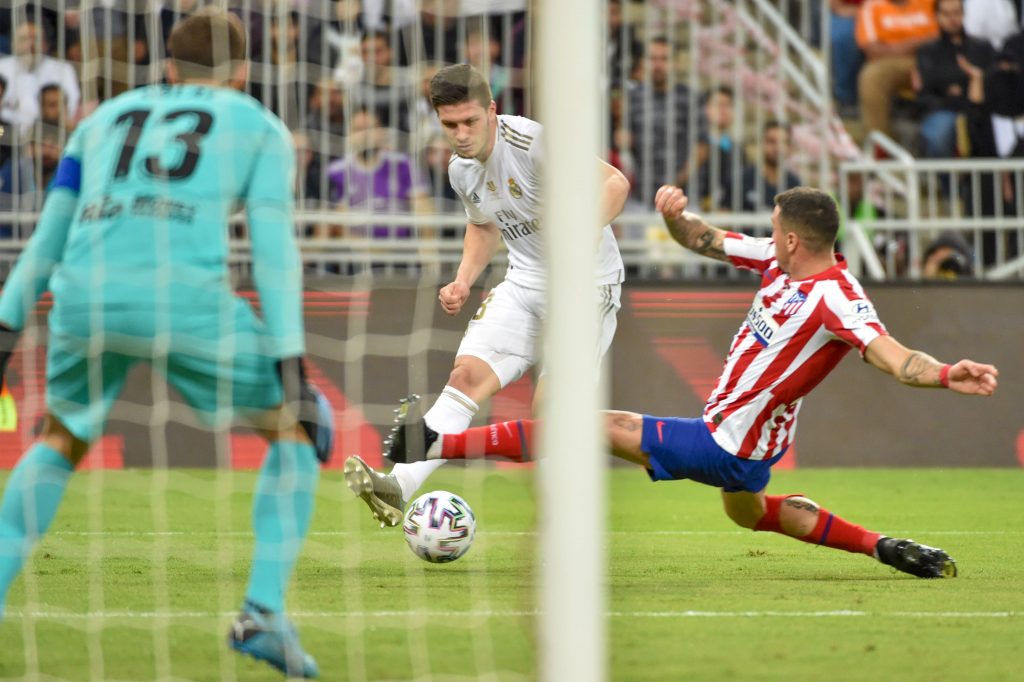 Liverpool are actively looking to bolster their squad in the summer, and signing a top-quality defender would be a priority for Jurgen Klopp.

The Reds have arguably the best defender in the world in their squad in the form of Virgil van Dijk, while the likes of Joe Gomez and Joel Matip have been impressive this season as well.

However, Dejan Lovren has dropped down the pecking order and he is almost certain to leave the club. And it seems, Liverpool have identified Jose Gimenez as a potential option to replace him.

The 25-year-old joined Atletico Madrid in 2013 and has been a key part of the club’s success in recent years. However, he has ‘fallen out of favour’ of Diego Simeone, and a fresh start away from Spain could be on the horizon.

According to reports from The Express, Gimenez, who used to be Simeone’s first-choice at the back, has dropped behind Felipe and Stefan Savic in the pecking order.

However, the 58-times capped Uruguayan international has struggled with his recurrent injuries in recent years, while he has a massive £109m release clause in his contract.

It seems highly unlikely that Liverpool would match that amount. Gimenez would be a smart addition to the squad, but the Reds probably won’t pay over the odds for him.