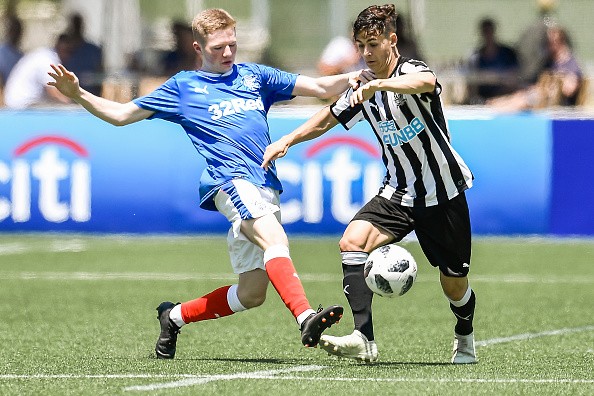 According to The Scottish Sun, former Rangers youth player Liam Burt will spend the next couple of weeks with Celtic after being released by the Light Blues last month.

The 20-year-old trained at Lennoxtown on Friday and could be signed if he impresses Hoops coaches after being given the chance to impress.

Burt isn’t short of options, though, but he fancies his chances of playing for Neil Lennon’s side having started out in the Celtic academy system before joining Rangers in 2014 after being released.

The Scotland youth international made his senior bow for the Gers under Mark Warburton in the Championship in 2016, but didn’t get to play under Steven Gerrard.

Burt spent loan stints at Dumbarton and Alloa, but apparently didn’t do enough to convince Rangers and was eventually released.

The midfielder captained Scotland at the 2016 UEFA European Under-17 Championship and was named in January 2017 as one of the Daily Record’s and The Herald ‘s Scottish football prospects for 2017, but hasn’t been able to realize his potential yet.

Should Burt eventually land a Celtic deal and turn out good upon his return, Rangers could end up regretting letting him go, and it would be interesting to see how he fares going forward.