Report: Leeds could move for Daniel James on loan in January 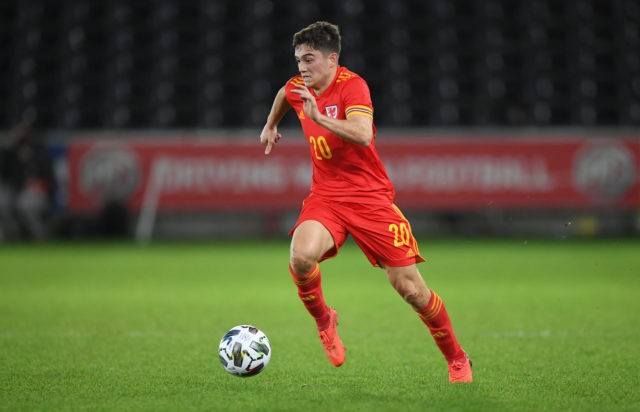 Leeds United could make another attempt to sign Daniel James from Manchester United during the January transfer window, according to reports from The Telegraph.

The Whites showed interest in signing James during the summer transfer window, but the move didn’t materialise due to United not signing a right winger and Leeds ended up signing Raphinha instead.

With Leeds struggling at the moment, Marcelo Bielsa could look to bolster his attacking areas, and the Whites may test United’s resolve regarding the Welsh winger.

However, the deal is dependant on whether United could bring Amad Diallo to Old Trafford.

The Red Devils secured a £37.2m deal with Atalanta for Diallo in October, and the club hope the 18-year-old Ivory Coast winger will be able to join Ole Gunnar Solskjaer’s squad in the coming weeks.

If Diallo arrives, Solskjaer could allow James – who has become a peripheral figure at the club this season – to leave on loan. It will be interesting to see if Leeds make an attempt to sign the Welsh winger (either on loan or permanent) who came very close to moving to Elland Road in January 2019.

The curious case of Dan James

The 23-year-old made a blistering start to his Old Trafford career after joining in the summer of 2019 for a fee in the region of £18m. He scored three times in his first four appearances at the club and was seen as a hugely inspired signing.

However, he has managed just two goals in the next 48 games. His goal against Istanbul Basaksehir came on the last occasion he donned the Red-shirt.

He has struggled for games this season and didn’t even make the matchday squad against West Ham and Manchester City.

James has managed just four starts this season, and he has been overlooked even when Anthony Martial and Edinson Cavani were absent.

With no international football till March, James must play elsewhere to keep his match sharpness. Despite United’s failure to sign a right-winger in the summer, the situation of James hasn’t improved, while Martial and Marcus Rashford remain options on the left flank now.