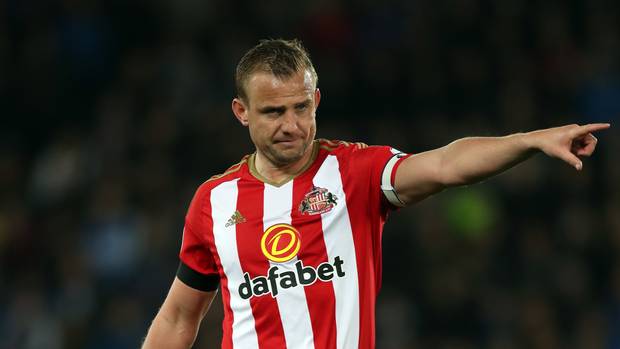 According to reports from the Northern Echo, Lee Cattermole could still be set to leave Sunderland before the end of this month.

The 30-year-old experienced midfielder has been on Sunderland’s book since 2009, but it seems he could be heading towards the exit door this month.

Cattermole is one of the high earners at the club, currently on a £40,000-a-week package, and the Wearside club are confident that he will be on his way out.

Didier Ndong and Papy Djilobodji are all currently in talks of securing a move away from the Stadium of Light but the report claims that Cattermole is the one who is closest to the exit.

Championship club Hull City showed interest in signing him this month, and they could still move for him on loan, but Cattermole is being linked with a shock move to Ligue 1 side Bordeaux who are discussing a possible season-long loan for the 30-year-old.

He could be reunited with former Sunderland manager Gus Poyet who has instructed his board to try to complete a deal for the former Middlesbrough midfielder.

The Black Cats would like to remove the whole of Cattermole’s pay package from their wage bill, but Bordeaux are unlikely to pay his full wages, which means Sunderland might have to consider a deal that would see them pay a small portion of his wages.