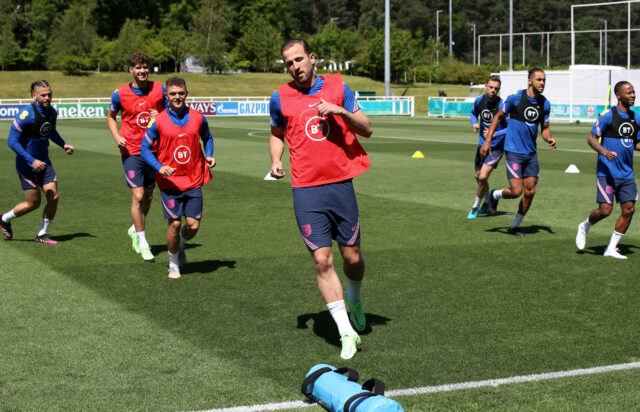 A host of clubs are reportedly interested in signing Harry Kane from Tottenham Hotspur this summer.

The two Manchester clubs are heavily linked with a move, while London rivals Chelsea are also interested.

Kane has a contract at the club until 2024, and Tottenham chairman Daniel Levy is expected to command a fee in the region of £150 million for the England skipper.

According to reports from Calciomercato, Serie A giants Juventus are eyeing a move to sign Kane this summer.

His future is set to be a key talking point over the next few weeks, with the striker having informed Levy that he wants to leave the club.

Juventus have now entered the race, and the Old Lady are keeping track of the 27-year-old striker.

Kane is on £200,000-a-week wages at the north London club, but Juventus are ready to match that.

The report from Italy suggests that Levy would be willing to sell Kane for £130m this summer.

Kane has suggested in an interview with Gary Neville that he is currently not looking to play abroad and that he prefers to stay in the Premier League.

It is difficult to see Kane joining Juventus unless they submit a ridiculous bid and smash their transfer record.

Having said that, Tottenham remain in a strong position to keep Kane unless the England striker hands in a transfer request.

City reportedly have proposed a player plus cash deal offer, but Spurs want money up front for Kane.

Read: Tottenham Hotspur are reportedly in talks with Paulo Fonseca.