According to various reports, former Manchester City goalkeeper Joe Hart is expected to sign for Tottenham Hotspur in the coming days having had his medical and agreed to a two-year deal.

However, beIN Sports Turkey have just claimed that Turkish Super Lig side Fatih Karagumruk have reached an agreement in principle with the free agent: 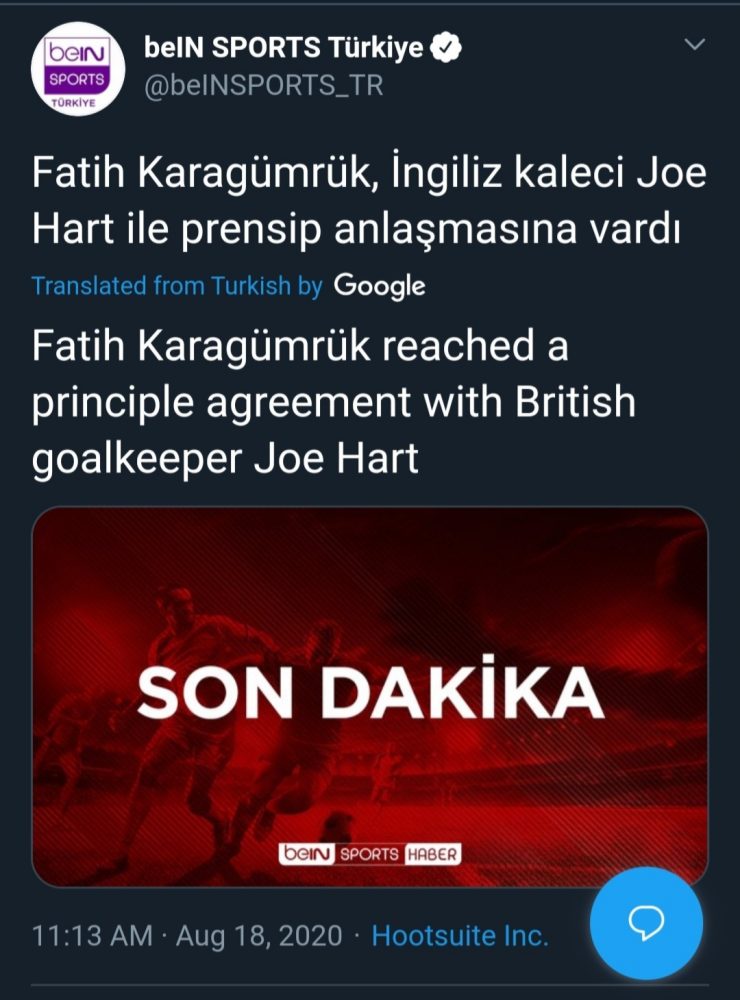 Spurs boss Jose Mourinho wants a new back-up goalie following the departure of Michel Vorm, and Hart was seen as an ideal addition given his experience and the fact that he qualifies as an home-grown player.

The 33-year-old is said to have taken a huge pay-cut in order to seal a move to Tottenham, and he appeared to have drop a hint on his Instagram account this morning that the move is close to being made official.

It’s why beIN Sports’ claim comes as a huge surprise, and it’s either Hart had agreed terms with the Super Lig outfit and then dropped them after Spurs came for him, or he has changed his mind about joining Mourinho’s side despite reaching an agreement.

The former Burnley goalkeeper will definitely be first-choice at Fatih Karagumruk, and maybe they have offered a better pay too.

Exactly what has happened remains to be seen, but things will get clearer in the coming hours and days, and we will have to wait to see who makes an official announcement first between the two clubs.