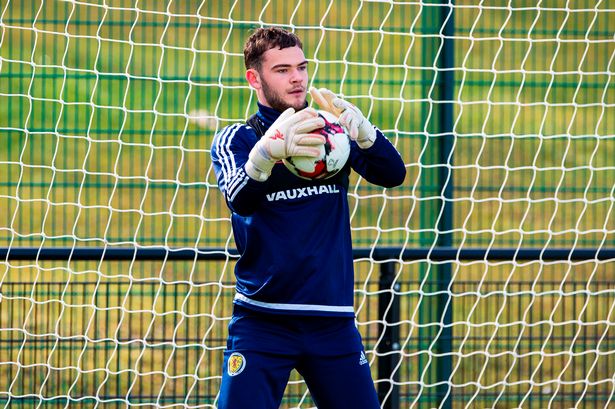 According to The Sun’s Alan Nixon, Wolverhampton Wanderers are clearing the way for Scotland youth international goalkeeper Jack Ruddy to leave, with Scottish Premiership side Ross County keen on him.

Ruddy made four appearances before joining S.S. Reyes of the same league until the end of the season in February.

The Scottish goalie joined Wolves from Bury in the summer of 2016 on a two-year deal, with the option of a further year.

Ruddy had earlier loan spells at League One side Oldham Athletic and Scottish League One club Ayr United, and is yet to make his senior team bow for Wolves.

It doesn’t seem he will be doing that anytime soon, though, with a move back home seemingly on the cards.

Ross County earned promotion to the Scottish Premiership from the Scottish Championship at the end of last season after running out league winners.

Wolves’ boss Nuno Espirito Santo is making necessary changes to his squad ahead of next season, letting go of players that are surplus to requirements – one of which is Ruddy.