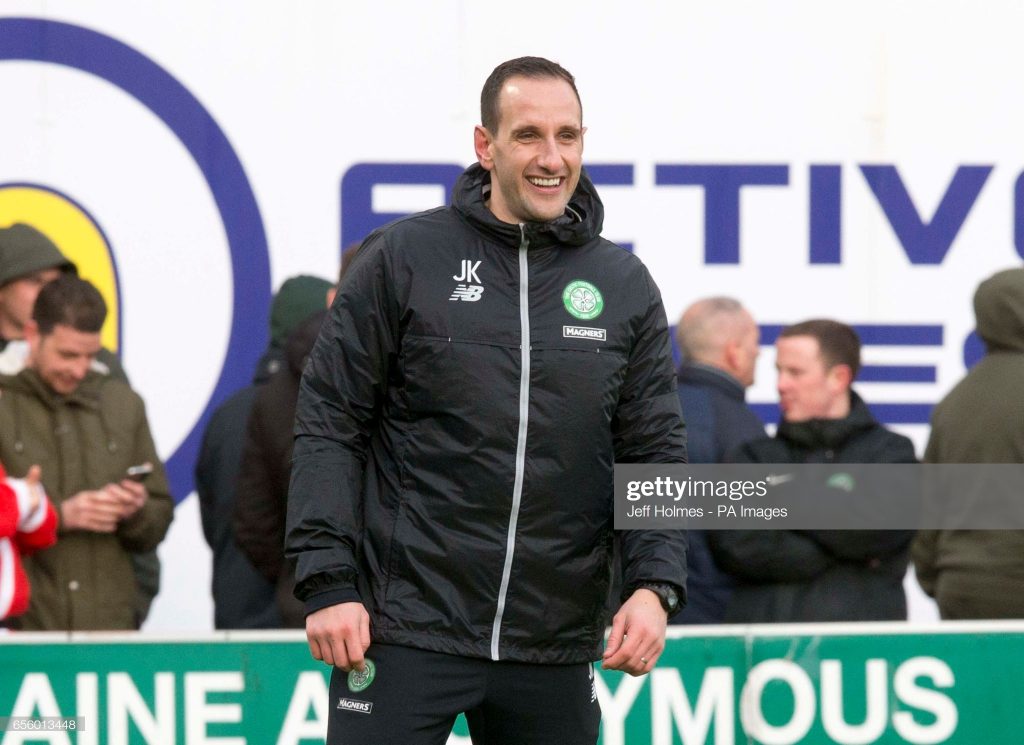 According to The Scottish Sun, Hibernian are preparing an approach for Celtic assistant manager John Kennedy this week as they look to make him their boss.

The 36-year-old has emerged as the new favourite for the job, and while the likes of Jack Ross, Harry Kewell and Nathan Jones are also in the running, the argument for the Celtic man is said to be strengthening.

Hibs parted ways with Paul Heckingbottom earlier this month, and they quickly want to land a replacement to boost their chances of finishing in the top-half of the table.

Kennedy probably has eyes on becoming a manager in the future, and the SPFL side could be offering him that chance.

The former Celtic centre-back has worked under Ronny Deila, Brendan Rodgers and is presently Neil Lennon’s right-hand man, and it doesn’t come as a surprise that the Hoops boss isn’t keen to let him go.

Kennedy’s resume has hugely impressed Hibs owner Ron Gordon, chief executive Leeann Dempster and sporting director Graeme Mathie, and it will be interesting to see how he responds to this huge and tempting offer.

The one-capped ex-Scotland international started work as first-team scout for Celtic upon retiring in 2010, going on to become a coach with the under-19s and eventually the Development Squad.

Kennedy led the Celtic youth team to a league and cup double in 2011-12 and 2012-13 and a third straight title in 2013-14, before becoming a first-team coach under Deila and an assistant manager upon Lennon’s return.