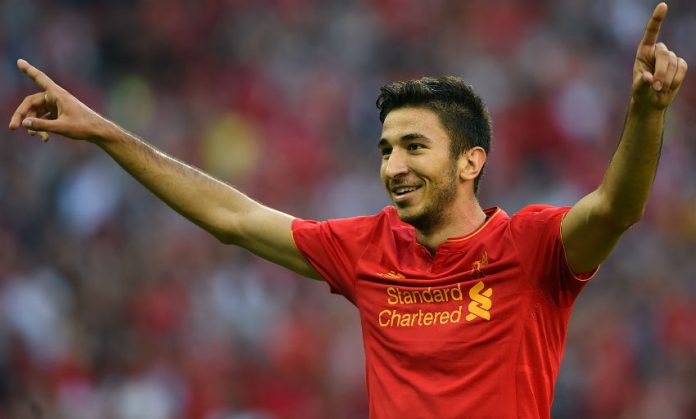 Liverpool midfielder Marko Grujic looks certain to leave the club in the summer, but there is a shortage of interest for his signature. As many as seven clubs are trying to sign him, but it appears that Hertha Berlin have stolen the march over competitors, according to Goal.com. The German outfit are the favourites to sign the 24-year-old for £20 million. After spending the last two seasons with the German club, a move to Berlin seems like an obvious destination.

Grujic has been on loan at Hertha Berlin for the last two seasons. Even though the German club expressed an interest in yet another loan deal, Liverpool seem more interested in a permanent move. It is remarkable that Grujic was the first signing made by Jurgen Klopp in January 2016. Liverpool stand to make a healthy profit from the midfielder after having signed him only for £5 million from Red Star Belgrade. Grujic’s few appearances for Liverpool came in the early days of his time at Anfield.

Since the midfielder also had a decent loan spell at Cardiff, Premier League clubs like Aston Villa and Crystal Palace are also looking at the possibility of signing him. Apart from Hertha Berlin, Grujic is also on the radar of Borussia Mönchengladbach, Frankfurt, and Werder Bremen.