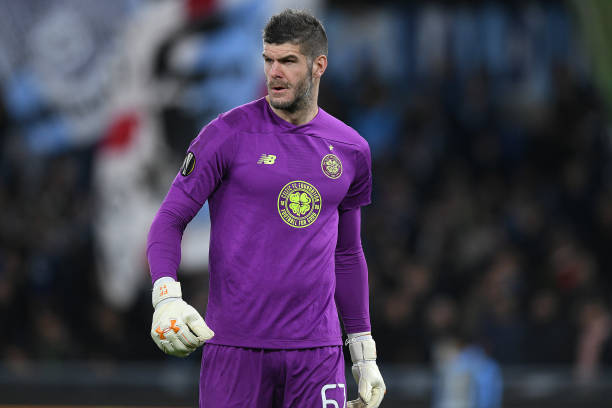 Southampton goalkeeper Fraser Forster has hit the ground running since returning to Celtic on a season-long loan in the summer.

Boss Neil Lennon re-signed the 31-year-old after Scott Bain sustained a hand injury during their Champions League qualifier against CFR Cluj, and the Englishman, who won three Scottish top-flight titles with the Hoops during his four-season first stint, has become a huge hit with the fans once again after helping Celtic to the top of the league, a place in the Scottish League Cup final and a last-32 berth in the Europa League.

Forster slipped to third-choice goalie at St Mary’s, finding himself behind Angus Gunn and Alex McCarthy in the pecking order, and has played just once for Southampton since December 2017.

However, his upturn in form at Celtic could bring a huge upswing in fortunes, with The Athletic’s David Ornstein suggesting that has raised the prospect of an England recall.

Nevertheless, the Celtic star could find himself back in the team after once coming close to being first choice when Joe Hart left, and a great campaign with the Hoops will definitely do his chances a lot of good.