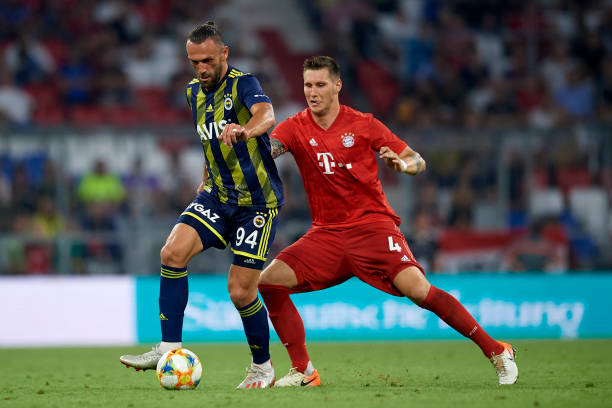 According to Turkish outlet Takvim (via Sport Witness), Tottenham Hotspur and other suitors must be willing to part with £18 million to have a chance of signing Kosovo international striker Vedat Muriqi.

Mauricio Pochettino’s side scouted the Fenerbahce star on Saturday during Kosovo’s 2-1 win over Czech Republic and also ran the rule over him in their 5-3 loss to England yesternight.

Alongside Spurs, Serie A trio Lazio, Fiorentina and Napoli also watched Muriqi in both games in which he found the back of the net, and the Turkish outfit are preparing themselves to receive bids for the 25-year-old in January and next summer.

Tottenham were keen to hand Fernando Llorente a new deal during the summer transfer window, but nothing worked out and they will miss his aerial threat and ability to go direct anytime he was on the pitch.

However, they can get the same thing in Muriqi who also stands at 6ft 4in, and it’s no surprise that he has been linked with them.

He scored 17 Super Lig goals for Caykur Rizespor last season before earning a £3 million move to Fenerbahce where he has already scored two goals in three games.

The Kosovar is slowly establishing himself as a striking force to reckon with, and Spurs could be willing to meet his asking price in January or next summer as they clearly need another striker in the mould of Llorente who can deliver the goods.